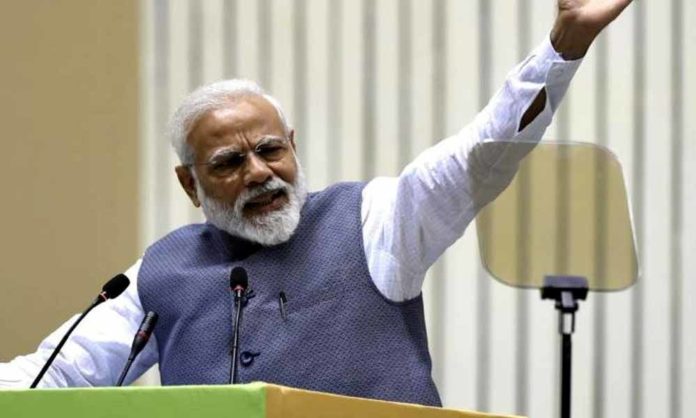 New Delhi, May 3 (IANS) Slamming Prime Minister Narendra Modi for mocking the Congress on its claims of surgical strikes carried out during the UPA regime, the grand old party said on Friday that Modi’s comment was a direct abuse of the indomitable courage and bravery of the armed forces.

The Congress on Thursday claimed that six anti-terror surgical strikes were conducted by the Manmohan Sing-led United Progressive Alliance (UPA) government but the party never took political advantage out of them.

Addressing an election rally in Rajasthan’s Sikar on Friday, Modi said, “When you have to do it on paper only, or in video games, then whether they (surgical strikes) are 6 or three or 20 or 25, what difference does it make to the people.”

Talking to reporters here, senior Congress leader Anand Sharma said, “The Prime Minister at a rally in Sikar has insulted our brave armed forces. Downgrading the surgical strikes conducted by the armed forces as “on paper” and “video games” is nothing but a direct abuse of the indomitable courage and bravery of our jawans.”

“It is sad that Modiji even faulted the statement of the then Army Chief, General Bikram Singh, on the surgical strike carried out on December 23, 2013,” he said.

Sharma said this reflected the political bankruptcy of the Prime Minister when faced with an imminent defeat in the ongoing Lok Sabha elections.

The Congress leader also said that after the surgical strikes carried out in September 2016 and February 2019 under the present government, the Congress President had hailed the armed forces for demolishing terror infrastructure.

“Denigrating and discrediting our armed forces with slander and abuse will not only lower the morale of our jawans, it will also lead to Modiji’s exit on May 23,” the Congress leader said.

The results of the ongoing Lok Sabha elections will be out on May 23.