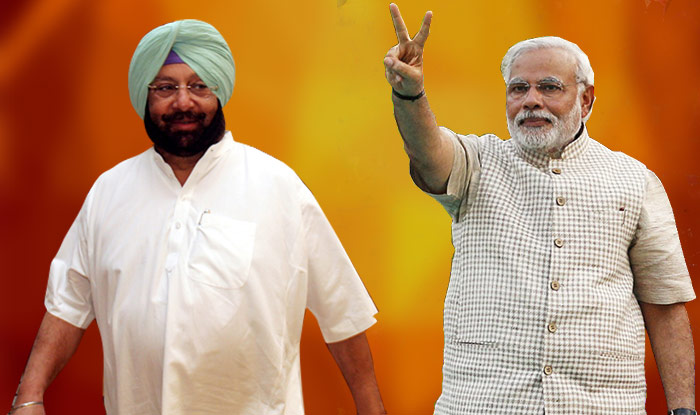 The Punjab Chief Minister Amarinder Singh didn’t let go the ‘independent soldier’ jibe made by Narendra Modi easily. He accused the prime minister of creating a difference between him and the Congress leadership.

PM Modi was addressing his party workers at the BJP headquarters in Delhi when he said,

“In Punjab, the Congress does not consider the chief minister as its own, as he marches on like an independent soldier.”

However, Singh dismissed these remarks as baseless. He termed them as “frivolous and unsubstantiated.” Singh said the prime minister’s comment was an unsuccessful attempt to create a separating line between him and the Congress high command. In a tweet he said,

“Who told you that Narendra Modi ji? Not me for sure. Did the Congress high command complain to you against me?

“Anyways, let me make it clear that such frivolous statements won’t help you create a wedge between me and my party, which has full faith in my leadership and vice versa.”

Singh also questioned the source of Modi’s information. He further added that it clearly wasn’t him as he didn’t complain to the Congress high command. The CM asked the prime minister not to advise him or his party on managing their internal relations. He stated that he has the idea of running the state and manage high command relations within the party. The Congress high command has full faith in my leadership, he said. In addition, he also said that he is bringing Punjab out of the mess into which the BJP and ally- SAD had put the state.

CM further said that he as a loyal soldier is leading Punjab in a truly democratic manner, as suitable for the Indian National Congress, and as guided by the high command. Modi would like to believe that the Congress is a fly-by-night party but it is not so, Singh said.

The Punjab CM is ready to take on the BJP in the parliamentary elections next year. He added that he is personally set to take this battle to the finish Modi.

The chief minister thrashed Modi’s gimmicks saying that it wouldn’t impact the citizens of the country.