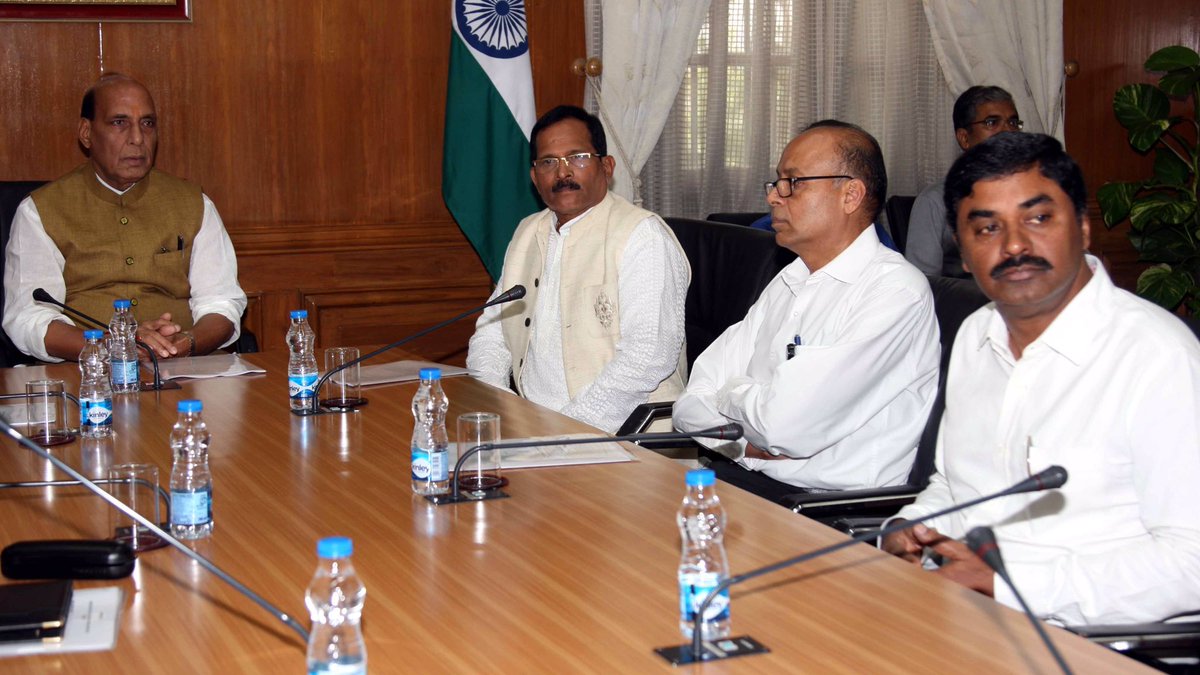 The meeting was attended by Ministry top brasses including Defence Secretary Sanjay Mitra and Secretary of the Defence Finance Gargi Kaul. Many other top officials from the Defence Ministry were also a part of the meeting.

Defence Minister Rajnath Singh held a meeting of senior officers of Ministry of Defence to review operational matters&procurement issues of the Armed Forces, today. He discussed revenue procurement cases regarding maintenance of platforms&assets with the Armed Forces. (file pic) pic.twitter.com/Y9yWKAoWCw

Defence Minister also directed that he will hold separate meetings with Indian Army, Air Force and Navy to review the ongoing operations.

While later in the day, he also attended the First Meeting of Cabinet Committee on Parliamentary Affairs held at his residence.

Now, with this, Rajnath Singh will be a part of 6 committees out of the 8 committees formed by the Centre.

Rajnath Singh had June 1 took Charge of Defence Minister a day after the portfolio allocated to him. Singh has replaced Nirmala Sitharaman who has now been given the charge of Finance Ministry after Arun Jaitley opted out of Cabinet race.

In his first meeting as Defence Minister with Officials, Rajnath Singh directed the heads of all departments to prepare a presentation of all ongoing projects and programmes and briefed him about all.