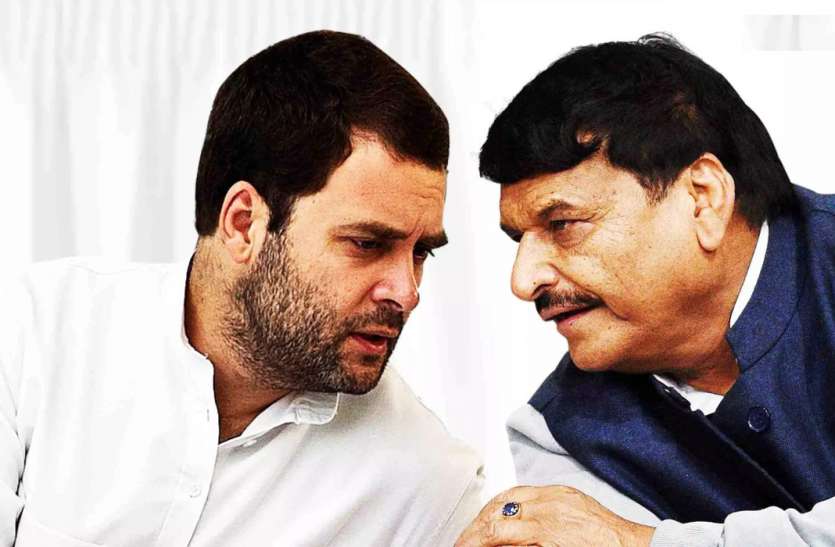 After being dropped from Samajwadi Party and Bahujan Samaj Party, Congress in its Uttar Pradesh seems like found new ally in a form on Samajwadi Party rebel and Uncle of SP Chief, Shivpal Singh Yadav. If reports to be believed both the parties likely to forge an alliance in Uttar Pradesh to take on BJP and SP-BSP Alliance.

If Sources to be believed, the tie-up is in final rounds of deliberations and will be announced soon.

Speaking about the speculations about, a member of the Shivpal’s newly-formed party, Ashutosh Tripathi said, “We are have said is earlier, and our stand is very clear. We are open to any kind of Poll tie-up with like-minded parties and those who are capable of defeating the BJP”. He added, However the final call for poll tie-up the for alliance with Congress or any other party will be taken by Shivpal ji.”

Shivpal Singh Yadav, estranged leader of Samajwadi Party and once a minister in Akhilesh Yadav led government in the state has floated his own party last year, Pragatisheel Samajwadi Party (Lohia). Shivpal who currently represents Jaswantnagar Assembly seats which he had won on SP ticket has announced his candidature from Firozabad Lok Sabha Seat.

While Congress who has in its two lists declared candidates on some seats for Uttar Pradesh may give 10-12 Parliamentary seats to Shivpal led party in the Upcoming Lok Sabha Polls 2019, sources added.

Shivpal Yadav had in January early this also expressed his willingness to tie-up with Rahul Gandhi-led Congress to defeat the ruling Bhartiya Janta Party(BJP) in the upcoming Lok Sabha Elections.

Polls in 80 Lok Sabha seats of the state will spread on all seven phases.