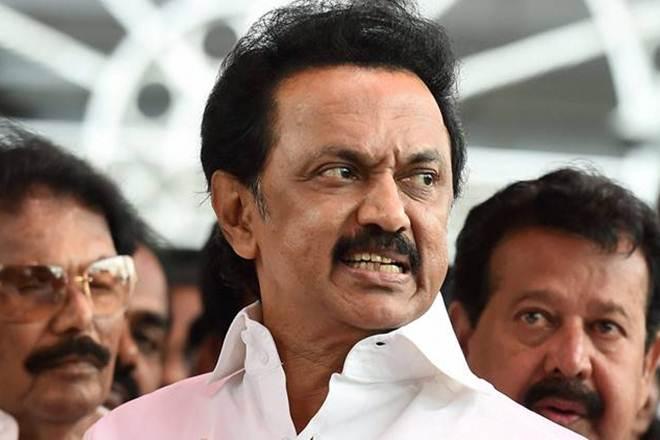 DMK leader MK Stalin on Wednesday posted a picture on Twitter showing a man in plain clothes aiming a rifle at an unseen target. The caption of the picture read “Mass Murder of Innocent People #IncompetentEPS”, referring to the recent incidents of opening fire by Tamil Nadu government on protestors demanding the closing of the Sterlite plant in Tuticorin (or Thoothukudi).

The tweet comes after Stalin wrote another tweet the same day condemning the TN government for killing 9 protestors in police firing over the Sterlite protest.

Who ordered the police firing on protestors? Why were automatic weapons used to disperse the crowd and under what law is this permitted? Why were rubber/ plastic bullets or other means NOT used to avoid fatal injuries? Why was no warning given before firing? #SterliteProtest

Stalin has also demanded the resignation of Tamil Nadu Chief Minister Edapaddi K. Palaniswamy and DGP T K Rajendran after these incidents over their incompetence to handle state affairs. He said that they should take moral responsibility for the incident and resign.

Apart from Stalin, the Tamil Nadu government has received flak from leaders of other parties as well. While Rahul Gandhi called it “a brutal example of state-sponsored terrorism”, actor-turned-politician Kamal Hassan said it is the victims’ right to know who was behind the firing.

The protests are over the issue of alleged water contamination by Vedanta’s Sterlite Copper plant and the subsequent demanding of its closure. The residents and the environmentalists believe that the smelter used in the plant was polluting groundwater in their area. The CEO of Sterlite copper, P Ramnath, however, denies the allegations claiming that the plan has adhered to all the standards and benchmarks.