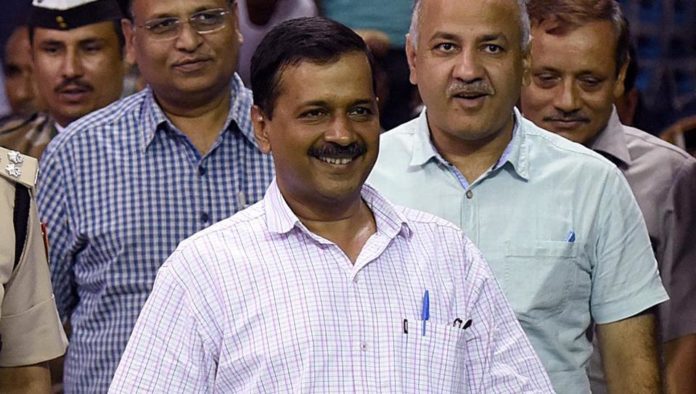 To an attack by Union Minister Prakash Javadekar, Arvind Kejriwal led Aam Aadmi Party (AAP) has thrown a witty response on late Monday night, over a law to regularize unauthorized residential colonies in Delhi. The BJP leader Javadekar tweeted and said that the Narendra Modi led government had done in 3 months what Delhi Chief Minister Arvind Kejriwal could not in 5 years. He further said, “You (Aam Aadmi Party) cannot fool all the people all the time”.

Replying to the same, Aam Aadmi party came up with the wittiest response, “Agreed! That’s your area of expertise”.

Union Minister Prakash javadekar, in a series of three tweets, claimed that the AAP was trying to create confusion over the issue and said, “35,000+ residents of unauthorized colonies have already filled up their forms to take ownership rights of their buildings and plots. Within a few days people will start getting final registry.”

“@AAPDelhi government was expected to complete maps of 1731 unauthorized colonies which they failed to do in 5 years. @narendramodi Govt completed this work within 3 months with the help of satellites,” Prakash Javadekar tweeted.

Countering BJP’s claims, CM Kejriwal said that, “BJP leaders have been claiming that 100 property owners will receive registration papers before the assembly elections, and the rest will receive after. Now they say registration will happen after six months.”