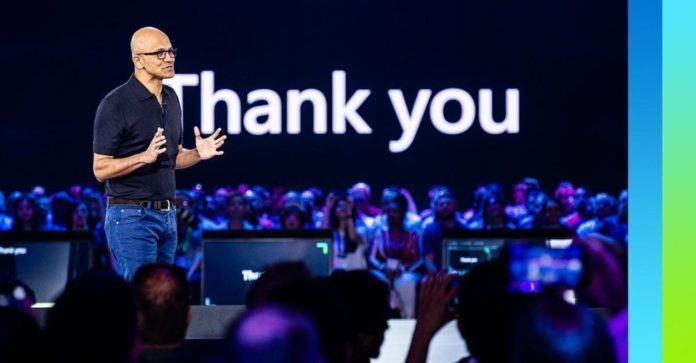 This week Microsoft announced so may new updated in Ignite 2019. From Chromium-based web browsers to a combined Office app. In the same event when Satya Nadella, CEO of Microsoft, interacted and announced some new features in their PowerApps.

Earlier this year, Microsoft launched PowerApps. PowerApps is a platform where anyone can create an app without learning to code. According to Satya Nadella creating an app with Power platform is as easy as creating a powerpoint presentation. You just have to move items around to get your app to look how you want it, dropping in buttons, information, maps, or whatever else you need to show. He further added “You can create full-fledged apps that can run on multiple operating systems, without having to even look at a single line of code. You can connect up to many of the services already used by companies, including Slack, Dropbox, Salesforce, and the entire Microsoft suite of apps.”

According to Nadella, there will be a massive shortage of developers by the year 2030. He said with the help of Power plateform, Microsoft wants to create more and more developers.

Satya Nadella unveiled the Power Virtual Agent feature in PowerApps. It is a low-code and not code bot building feature. With the help of this tool, anyone can create and deploy intelligent virtual agents. This Virtual Agent tool will help an organization can talk to their customers/clients very easily. The Bot tool is in Beta testing and it will be available for everyone by December. PowerApps are now able to add AI in the apps. Now the makers can include algorithms that will let their app read a handwritten text, detect languages, and gauge the sentiment of any text, such as social media posts or customer reviews.