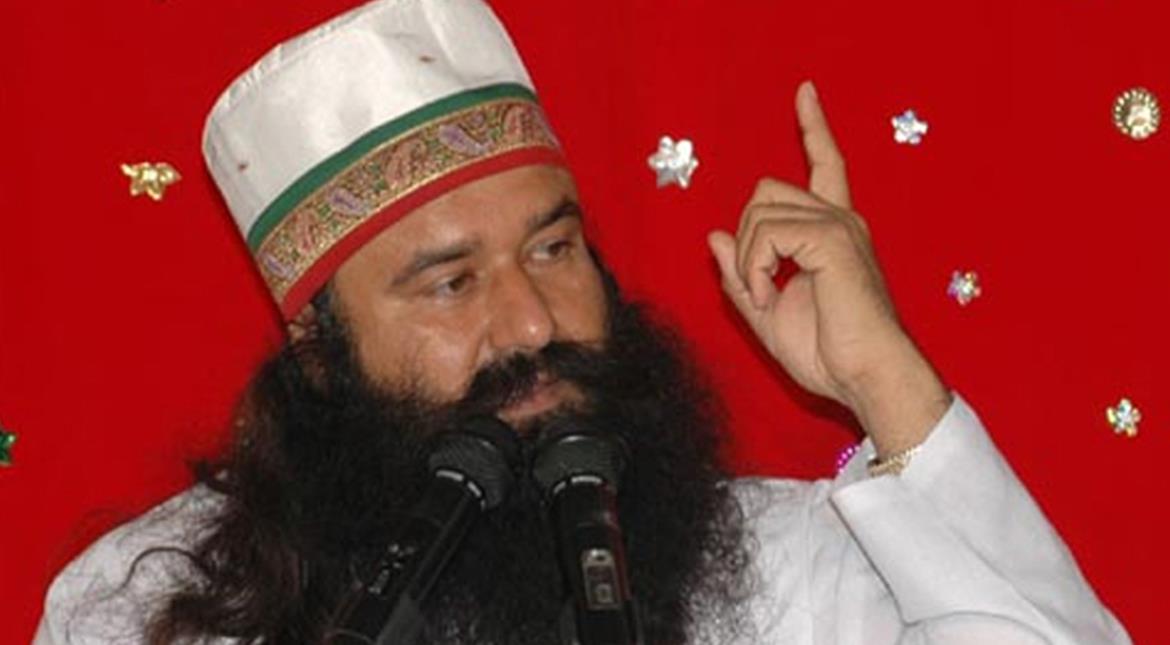 Dera Sachha Sauda Chief Gurmeet Ram Rahim was found guilty of sexually assaulting a Sadhvi of his Ashram, by the District court in Panchkula on Friday. The session court convicted him in the rape case on 25 Aug and his sentence will be announced on Monday.

The self-styled Godman as Gurmeet is popularly called is likely to get an imprisonment for 7 years, following the charges against him. In such case, Ram Rahim will have to apply for bail in the High Court, as per the rule if an accused if sentenced for 5 years or more of imprisonment he has to apply for bail he high court. If he is sentenced to 7 years Ram Rahim will have to stay in the prison until his bail is granted.

As soon as the verdict of the court was announced, Rahim was flown to Rohtak jail 70 km away from Delhi. Usually, the accused are taken to Ambala Jail but looking at the critical conditions of this case he was taken t Rohtak jail. Immediately after the court announced its judgment, riots broke out in Haryana as lakhs of followers of Dera Chief got infuriated with the verdict.

There are talks that the Dera chief is getting VIP treatment in the jail also. Be it taking him to the prison in Rohtak in an air conditioned helicopter or giving him an AC room to live in the Jail, the BJP-led Haryana government is giving all possible favours to an accused in a rape case.

A Police officer confirmed that Ram Rahim was getting special privilege in Jail. He said that a Women named Honeypreet who is described as Rahim’s daughter on his website was seen carrying bags and suitcases and accompanied him when he was flown to Rohtak. The officer further revealed that even after proven guilty the accused was being treated with respect by the police officers also. “A couple of senior officers, who tried to take the Dera chief to task and treat him like any other criminals after his conviction was physically assaulted by his (sect chief’s) security. One senior officer was slapped and other another one was pushed in the presence of other top officers. The Haryana Police had to detain his security for some time to take him into its custody following the conviction,” the police officer said.

The possible reasons for Gurmeet receiving the VIP treatment may be that it was because of his influence that BJP had come to power for the first time on its own in 2014 assembly elections in the state. Gurmeet Ram Rahim had promised his support to BJP, in fact, he had himself gone to cast the vote followed by lakhs of his supporters following him resulting in the victory of BJP. This could possibly be the reason Manohar Lal government is treating him especially.

Denying to these talks of Dera Chief getting special treatment, Haryana DGP (Jails) K P Singh has said that he is being treated like any other accused prisoner. He said that four were especially on duty outside his prison to keep a check on his activities. Furthermore, he was sleeping on the ground like any other prisoner.  “No special treatment is being given to him. He is being treated like any other ordinary prisoner. An ordinary prisoner sleeps on the floor and he, too, is doing the same,” Singh said. He also added that since this is a critical case and keeping a high profile accused like Ram Rahim is not very easy, therefore, special security arrangements were made. “That’s why inside the jail we have made arrangements to ensure that no other prisoner harms him for any reason. Outside the jail, we have already requested the local administration to secure the area and make adequate security arrangements.”

Haryana DP (Jail) also requested the people of Haryana to ignore the rumors and maintain peace in the state.