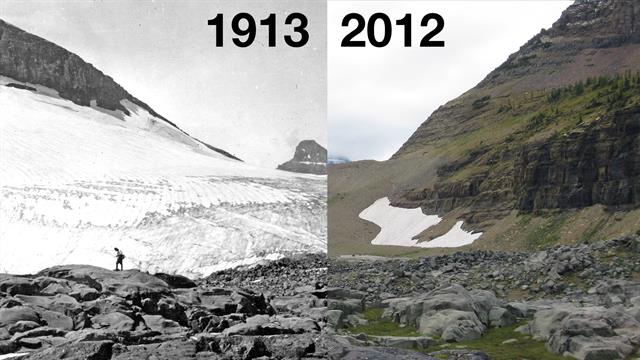 Recent studies show that even if we stop all the emission, the glaciers cannot be prevented from further melting in the current century. However, due to the slow reaction of glaciers to climate change, our behavior has a massive impact beyond the 21st century: In the long run, five hundred meters by car with a mid-range vehicle will cost one kilogram of glacier ice.

In the “Paris Agreement,” 195 member states of the United Nations Framework Convention on Climate Change have agreed to limit the rise in global average temperature to significantly below 2°C, if possible to 1.5°C above pre-industrial levels. This should significantly reduce the risks of climate change.

One kilogram of CO2 emitted costs 15 kilograms of glacier ice. Whether the average temperature rises by 2 or only 1.5°C makes no significant difference for the development of glacier mass loss over the next 100 years.

“Around 36 percent of the ice still stored in glaciers today would melt even without further emissions of greenhouse gases. That means: more than a third of the glacier ice that still exists today in mountain glaciers can no longer be saved even with the most ambitious measures,” says Ben Marzeion.

“If we wanted to preserve the current volume of glacial ice, we would have to reach a temperature level from pre-industrial times, which is obviously not possible. In the past, greenhouse gas emissions have already triggered changes that can no longer be stopped. This also means that our current behaviour has an impact on the long-term evolution of the glaciers — we should be aware of this,” adds glaciologist Kaser.