Dailyhunt, a Bengaluru-based news and ebooks mobile platform, has bagged $3 million (approx ₹21.75 crore) in a Series F funding round from Stonebridge Capital.

According to sources, the company has issued preference as well as equity shares to Stonebridge’s two entities, Stonebridge and Stonebridge Offshore Holdings.

The investments have also come in at the time of speculations that DailyHunt is in funding talks with PE firm Carlyle Group for an investment to the tune of $45 million.

The deal, if successful, would put DailyHunt’s valuation at about $650 Mn. Also, it was speculated to be raising $150 Mn from Japanese conglomerate SoftBank.

Dailyhunt was launched by Umesh Kulkarni and Chandrashekhar Sohoni in 2009. The platform was acquired by Verse in 2012.

While, in August 2015, NewsHunt rebranded itself as DailyHunt.

Dailyhunt is a news and local language content application with over 155 Mn app installs offering 100K news articles in 14 languages licensed from over 800 publication partners every day. The startup claims that 50 Mn users spend over 6 Bn minutes on the app on a monthly basis.

Adding on, the Indian technology funding report 2018 noted that news aggregators in demand such as Inshorts and DailyHunt recorded a combined total of 55 Mn in app downloads.

Other local language and news platform that comes under this category are Inshorts, Pratilipi, Vokal, Lokal, ShareChat, Manch, etc.

Streaming Wars: The Rise of Streaming Services and How 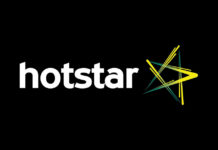 Disney planning to bring Disney plus in India with Hotstar 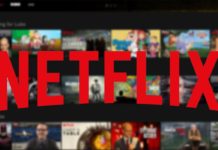