Now, it has been over a decade to this Android VS iOS war. Both of them has their own specific strengths as well as weaknesses, including different user experience. 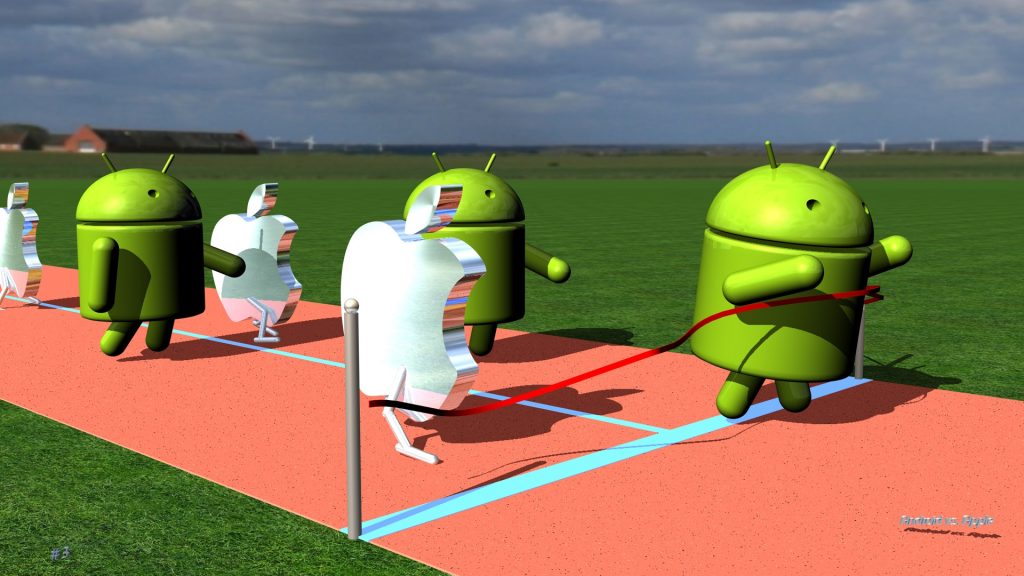 SIM
Android has a win over situation in this, as the Android user gets the option to use multiple SIM cards. However, iOS user finds themselves stuck as they have no multiple SIM options to serve.

Security
Android cant beat iOS in this category as the Apple phones are said to have one of the best security in their flagships, which is quite unbreakable. The level of encryption used in FaceTime and iMessages are far beyond Android. It enables to browse privately that even block cookies while surfing over.

Graphics
The level of gameplay iOS can offer is much more soothing with the rich user experience. In case of Android phones, they are no less but the option of high-end Graphics is available in few models, which are too pricey!

Machine-Intelligence
You will find a much easier Machine Intelligence feature in both of this technology. Digging up more, you will notice that ‘Siri’ an iOS-based virtual personal assistant is much more intelligent and smarter than ‘Google’ assistance, which comes enabled in android. But when it comes to providing adequate Data, Google assistance has a vast and huge space of ‘GOOGLE’, that can offer you almost anything.

Battery life
A much-needed thing nowadays as we all need a good battery backup Smartphone. iOS enabled phones offer a decent amount of Battery backup that can last barely a day. Android phones came with the battery life which can offer upto 2 days without using Data service.
In another case, the Android phone comes up with the technology that uses multiple apps in a time, further causing Battery to drain quickly. But in case of iOS, which offers less battery life. The iOS is a bit ahead as the technology offers the user to use Apple phones which will hardly affect your battery life in case of 4G data usage.