The Indian Wire » Technology » Can Artificial Intelligence go wrong, Alexa shows it! Who can be held accountable and what to do?

Someone carefully said that Machine intelligence will be the last invention the humanity will ever need to make. But in the last days of 2021, this belief has been skillfully negated.

In one of the most unusual attempts, Amazon’s most opted voice assistant Alexa suggested a deadly task to a little 10 years old girl when she asked the assistant to ‘tell her a challenge to do’.

This incident came to fore as the girl’s mother copied the Alexa’s response via an Echo Smart Speaker: “The challenge is simple: Plug in a phone charger about halfway into a wall outlet, then touch a penny to the exposed prongs”.

Infamously known as ‘the penny challenge,’ this act became popular around a year ago, on TikTok and other social media websites.

This challenge is possibly lethal because metals are known good conductors of electricity and in case they are inserted into live socket, they may cause electric shocks and fires or simply lead the person to lose fingers, hands or even arms. 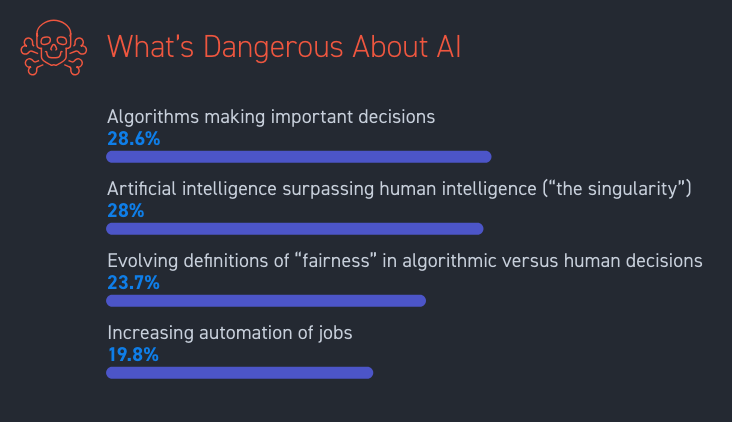 How did Amazon proceed?

“As soon as we became aware of this error, we quickly fixed it, and will continue to advance our systems to help prevent similar responses in the future,” explained the Amazon’s Spokesperson.

And while this may be a simple glitch or lack of wisdom in a machine, is it acceptable for humanity to rely completely on a machine that only enjoys an added sense of understanding.

Our World soaked in Artificial Intelligence:

There was a time when we believed Human could do the best of all things but there came an era of machines, wherein these heartless fueled beings could overpower the inordinate human work.

But the purpose was less achieved till the time these were to be fed with human instructions, and there was a need felt for a lesser human touch and enhancement of speed, precision and effectiveness.

From our beloved SIRI to precision Robots performing surgeries, Google’s search algorithms to autonomous weapons, artificial intelligence (AI) is paving its own way in human world.

In proper sense, current AI can be called Weak AI or narrow AI because it is designed to perform a dedicated task, for example, facial recognition etc.

General AI or strong AI, if implemented will be aimed to outperform humans in almost every cognitive task.

Can Artificial Intelligence be disastrous?

No doubt AI is beneficial to the core but in order to achieve the best of its motives, it may resort to dangerous methods.

For instance, if an AI system is composed to accomplish an ambitious geoengineering project, it may destroy the likelihoods of survival of any ecosystem existing there and also threaten any future human attempts to stop the same.

One can even imagine a “driverless” car going crazy on roads, ending in fatalities.

There is no problem with a super-intelligent AI system in place unless its goals are completely aligned with ours else it can wreak havoc.

And hence, greater Intellectuals with shiny names in science and technology like Stephen Hawking, Elon Musk or Bill Gates, have recently recorded their concerns about the greater perils and security risks involved with AI. Accountability and Ethics in Artificial Intelligence:

In case of AI, accountability and ethics in its use comes with regulation.

Regulation is all about making the AI systems as safe as possible while accountability and liability is an insurance i.e. whom to blame in case something goes wrong.

This is important because with increasing complexity in AI systems, totally away from the classical algorithms or coding that made them display certain traits, results can turn unexpected and even unforeseen by their creators.

Here, this massive gap of questioning can be filled in by encouraging the research and development around AI.

It still remains relevant how I.J. Good in 1965 exclaimed the ‘Designing of smarter AI systems’ as a bigger cognitive task itself.

One needs to be considerate because such systems can possibly evolve to improvise itself, triggering an intelligence explosion and surpassing the human intellect far behind in legacy.

While the new revolutionary technologies, such as strong Artificial Intelligence might help the world in removal of disease, inability to prosper, poverty and even war and hence, be the biggest event in human history.