Facebook has canned its plans to bring high-speed internet via a solar-powered drone beaming lasers to the ground, according to a blog post named “High altitude connectivity”.

The Facebook Aquila is an experimental solar-powered drone developed by Facebook for use as an atmospheric satellite, intended to act as relay stations for providing internet access to remote areas. It first flew on 28 June 2016.

The solar-powered drones were intended to remain high up in the air between 60,000 to 90,000 feet, each drone circling in a 3-mile radius, commandeered to blast lasers of the Internet spectrum and deliver high-speed data.

Engineers, who were hired for this project, left the company early in this year along with a company’s head of aeronautical platforms. There were only two fully functional and completed test drone and one of them was damaged badly in its first flight.

“As we’ve worked on these efforts, it’s been exciting to see leading companies in the aerospace industry start investing in this technology too. Given these developments, we’ve decided not to design or build our own aircraft any longer, and to close our facility in Bridgewater,” writes Yael Maguire, Engineering director at Facebook. 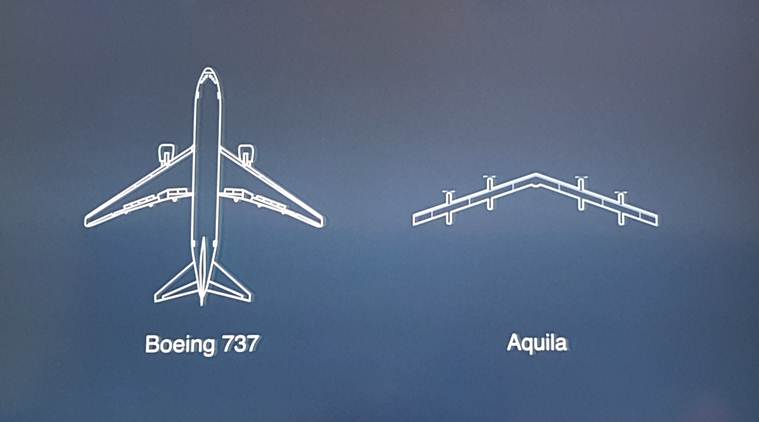 The company says it will now focus on working with partners on high-altitude internet delivery systems and on policy matters related to securing spectrum and establishing federal rules around the operation of such systems.

Facebook announced in November of last year that it was working with Airbus to develop better versions of what are known as high-altitude platform station, or HAPS, systems that can be built into aircraft for beaming down high-speed internet.

Facebook has also confirmed that it will continue to work in developing next-generation technologies like Terragraph, new infrastructure builds like fiber project in Uganda, and another project called Express Wi-Fi to support entrepreneurs who work in connecting people who do not have access to the Internet.