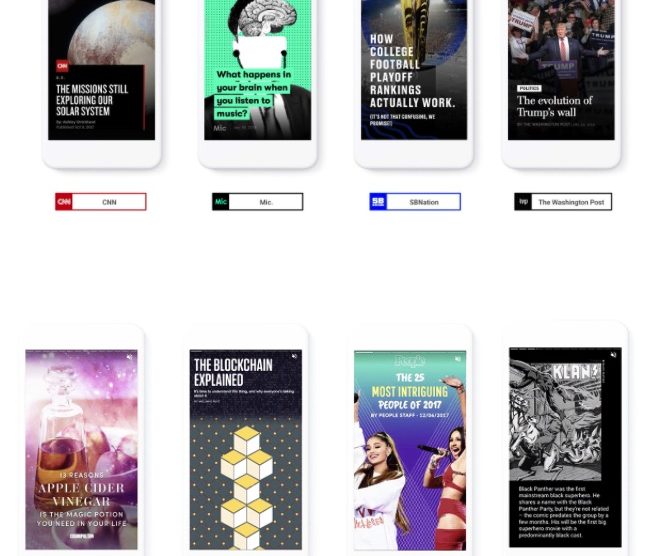 Google AMP or Accelerated Mobile Pages have come up with it’s new feature called AMP Stories. Google AMP is usually used for making website pages download faster and make user experience smoother. Google’s new idea to bring in AMP Stories is an icebreaker and can give a heavy competition to Snapchat.

Web Pages that are built on AMP are much more faster and uses 10 times less data than any normal non-AMP webpages. AMP Stories will be a visual storyteller which will depend on images, animations and videos to present the whole article on smartphones and tablets. The interface will have similar feature of tapping, just like that of Snapchat and Instagram. The technology used in AMP Stories is same as that of Technology used in AMP webpages.

User will be able to share and embed the AMP Stories on different apps. It will have stories of CNN, Hearst, Conde Nast, Mashable, Mic, Vox Media, and many more. Publishers who will publish will also be able to get the analytics of how many are viewing and what is trending at the moment. They can even create visual effects with multiple layers with audio to it. These layers will contain basic HTML and AMP elements in it.

AMP Stories is said to be at the testing phase and has given access to certain publishers. Google wants the publishers to be familiarized with the content making util its in full fledged roll out. It might take some time to bring in this feature to India. And it is not certain in which way will the ranking be done in Google about which news or publisher is on the top chart.