According to Reuters news reports, Trump, who was in Osaka, Japan, for the G20 Summit 2019, is due to pay an official visit to South Korea later today. He is slated to return to his homeland Washington on Sunday.

In Kim and Trump hold a meeting, it would mark the third historic summit between the two nations just in one year.

Earlier in February, both the leaders held their second summit in Hanoi, Vietnam, which ended abruptly without reaching any nuclear deal due to both leaders’ differences as Kim stressed for sanctions relief and Trump focused over North Korean leader’s last year commitment of full and complete denuclearization of the Korean Peninsula.

“While there, if Chairman Kim of North Korea sees this, I would meet him at the Border/DMZ just to shake his hand and say Hello(?)!” he said.

Later, the US president told reporters his meet offer was just a morning thought: “I just thought of it this morning.”

“We’ll be there and I just put out a feeler because I don’t know where he is right now. He may not be in North Korea,” he said.

“If he’s there, we’ll see each other for two minutes, that’s all we can, but that will be fine,” he added, saying he and Kim “get along very well”.

Pyongyang’s vice-minister of foreign affairs, Choe Son Hui, in an official statement, said, “We see it as a very interesting suggestion, but we have not received an official proposal in this regard,” according to state-run KCNA news reports.

“I am of the view that if the DPRK-U.S. summit meetings take place on the division line, as is intended by President Trump, it would serve as another meaningful occasion in further deepening the personal relations between the two leaders and advancing the bilateral relations,” Choe said. 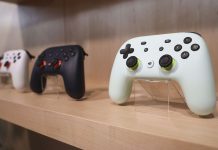