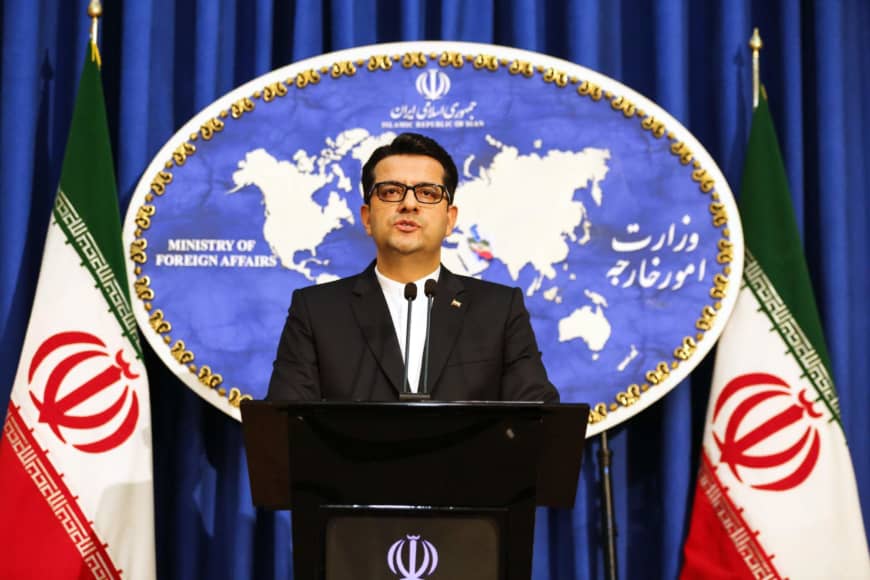 According to Sputnik news reports, Iranian foreign ministry spokesperson Abbas Mousavi stated, “So far, we have not seen practical and tangible steps from the Europeans to guarantee Iran’s interests… Tehran will not discuss any issue beyond the nuclear deal.”

“The EU is not in a position to question Iran’s issues beyond the nuclear deal,” Mousavi added.

Fresh sanctions imposed by the US on Iran’s petrochemical group showed Washington’s offer for holding dialogues with Iranian officials was not genuine, according to Iran’s foreign ministry spokesperson Abbas Mousavi’s statement on Saturday.

The US imposed sanctions over Tehran’s largest petrochemical group on Friday, Washington step said to be aimed at removing revenues to Iran’s elite military forces, but however, the analysts have called it largely symbolic.

Trump has on Thursday said Iran was failing as a country after the imposition of powerful US sanctions on the state last year, adding things could be changed during talks with the leadership in Tehran.

Ahead of a bilateral meeting with his French counterpart Emmanuel Macron in western France, Caen, Trump told reporters, “When I became president, Iran was a true state of terror. They still are and were undisputed champions of terror.”

Trump has criticized ex-President Barack Obama for not curbing Iranian nuclear programme or its role in disputes around the Middle East. Trump called on Tehran to come on the negotiation table to reach a common agreement.