European Union (EU) leader has on Thursday, rebuffed a plea made by British Prime Minister Theresa May in order to help her pass her Brexit deal to parliament, with warning May that she must could get what exactly she wants and announced that they would have a contingency plans if in case the Brexit deal collapses.

A day after voting and facing no-confidence votes by her own member of parliament, May traveled to Brussels summit, where she still faced a huge opposition over tot divorce the deal with EU.

According to news reports, May told the 27 leaders that the agreement still could pass over the House of Commons in the next month, only if they backed her reassure lawmakers on the controversial “backstop” on Ireland.

German chancellor Angela Merkel was presented in the room with May and the atmosphere were tensed and the other leaders has repeatedly interrupted May in order to ask her exactly what does she want.

According to news reports, European commission president Jean-Claude Junker said, “Our UK friends need to say what they want instead of asking us what we want,” adding, “Theresa May has led a courageous fight, but unfortunately, we are not seeing the results.”

Several of MPs of May does feared that the arrangement made for Britain in order to enter the temporary customs union along with the EU for avoiding border checks with the Ireland could, in future, become permanent.

However, EU leaders didn’t agreed with the time limit, and after Theresa May left, they agreed to a statement that Brexit deal “is not open for renegotiation”. Juncker has said May has to come up with some proposals in next week if she wants Europe’s support, as May has promised to offer the MP’s something before the last voting over the Brexit deal.

Nevertheless, Juncker also said to publish other plans on Wednesday, in order to protest the European  business and its citizens if in case the Brexit deal fails and didn’t passes and Britain get exits on March 29, having nothing such as new arrangements in the place.

May also told EU leaders to help her “change the perception that the backstop could be a trap from which the UK cannot escape”, adding, “Until we do, the deal — our deal — is at risk.” May said, “With the right assurances, this deal can be passed. Indeed it is the only deal that is capable of getting through my parliament.” 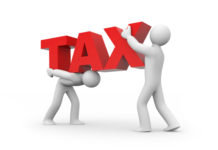