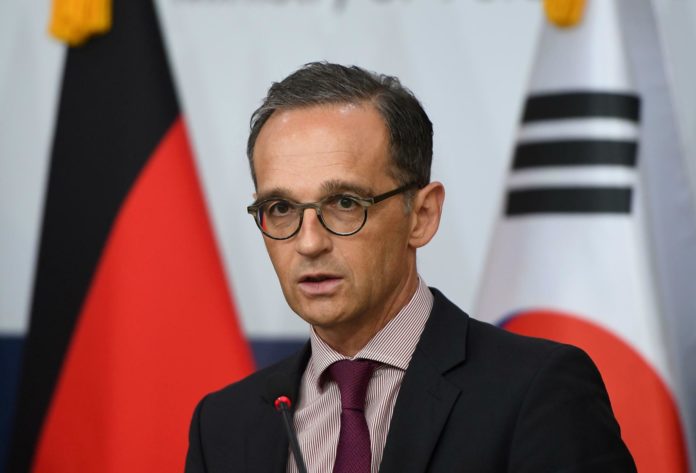 Germany’s foreign minister Heiko Maas has said “a two-state solution”, the Israeli-Palestinian peace plan, should be reached through dialogues and negotiations in order to end the conflict and achieve peace, as per The Times of Israel reports on Sunday.

Earlier, White House senior advisor Jared Kushner has stated the upcoming “two-state solution” proposal would be different from previous attempts by the United States administration to mediate a deal adhering to Israeli-Palestinian peace solution. US President Donald Trump had dubbed his son-in-law’s peace plan as the “deal of the century”.

According to Sputnik news reports, Jordanian foreign minister Ayman Safadi also echoes the same statement uttered by Kushner, confirming “the two-state solution is the only way to end the conflict”.

The statement has come a day after David Friedman, the American envoy to Israel, stated Israel, at least, has its “right” to annex “some” part of the West Bank, as per earlier reports of The New York Times.

In an official statement on Sunday, the Palestinian authorities said it was considering to filing a legal lawsuit against the US envoy at the international criminal court for his alleged comments.

Safadi and Maas have reportedly emphasized the value and need of the UNRWA – United Nations agency for Palestinian refugees – a group which the US earlier promised to crush and dismantle fully.

On May 31, Kushner had paid an official visit to Jerusalem to strengthen support for his Palestine-Israel peace plan which met with political turmoil after an overnight crisis which plunged Israel into the months-long election campaign.