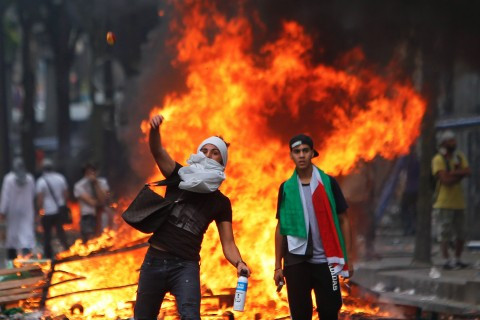 Although there are there are six religions in India which have been awarded “National minority” status—Muslims, Christians, Sikhs, Jains, Buddhists and Zoroastrians, whether India is still open and democratic is a pressing question.

India has slipped to 42nd place on an annual Global Democracy Index compiled by Economist Intelligence Unit (EIU) amid “rise of conservative religious ideologies” and increases in vigilantism and violence against minorities as well as other such violent events.

India has fallen 10 ranks below from an earlier number 32 and is now included in a list of “flawed democracies.” Norway ranks first in democracy and inclusivity of minorities followed by Iceland and Sweden.
The index ranking involves 165 independent states and two territories on the basis of five categories: electoral process and pluralism, civil liberties, the functioning of government, political participation and political culture. The list has been broadly divided into four categories, namely full democracy, flawed democracy, hybrid regime and authoritarian regime.

The US (ranked 21), Japan, Italy, France, Israel, Singapore, and Hong Kong have been listed among ‘flawed democracies’. Created in 1946, the EIU claims of 70 years of experience “in helping businesses, financial firms and governments to understand how the world is changing and how that creates opportunities to be seized and risks to be managed”.

The top three positions on the list are all taken by Nordic countries — Norway, Iceland and Sweden. New Zealand is at fourth and Denmark at fifth place, while others in top-ten includes Ireland, Canada, Australia, Finland and Switzerland.