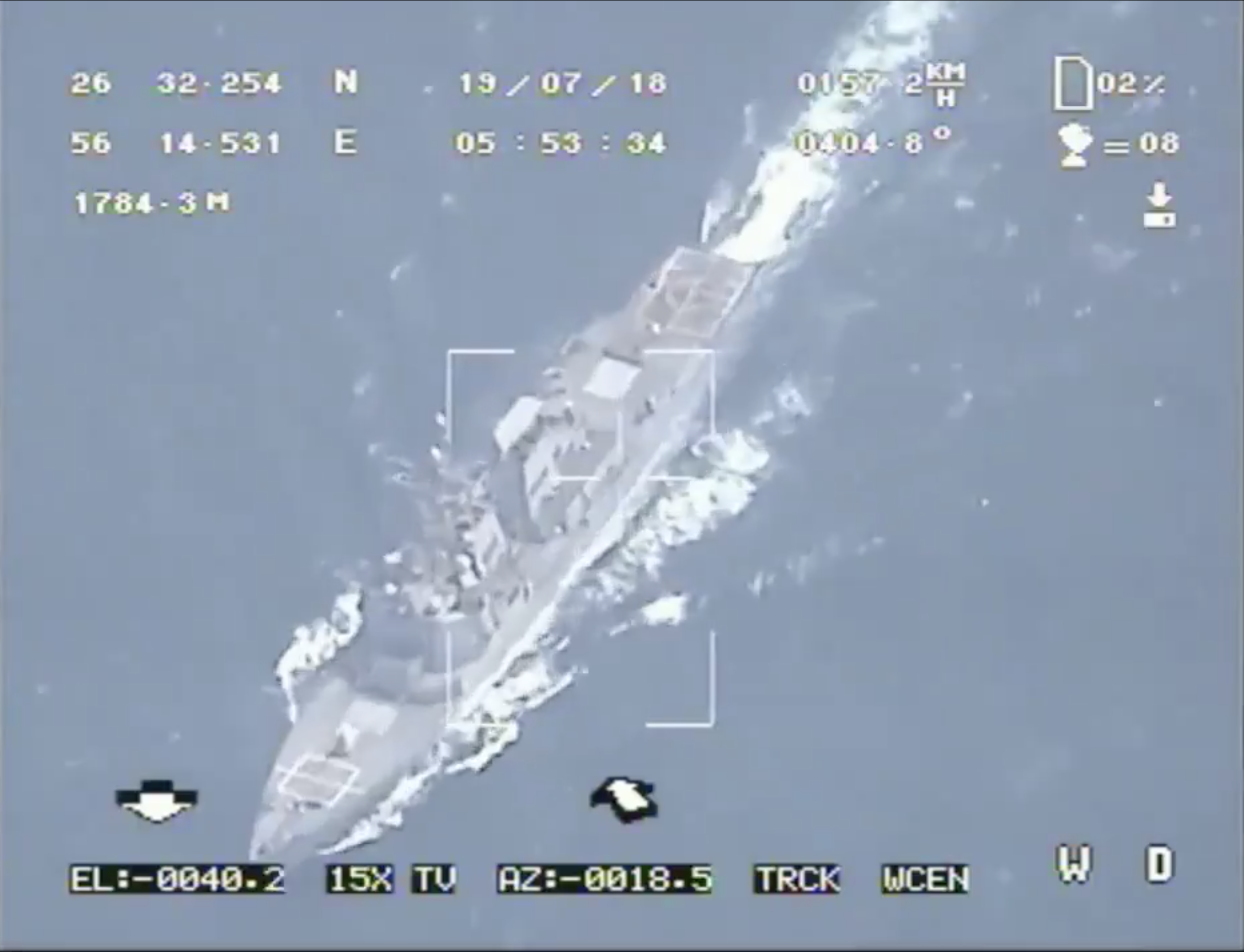 Tehran, July 20: Iran has on Friday released a video that it says proves the United States warship did not destroy any Iranian drone in the Gulf region.

Iranian state-run TV broadcast a video given by Islamic Revolutionary Guard Corps (IRGC), showing a fish-eye view of vessels which it claimed debunked the US declaration.

The broadcast said a drone had captured the footage and that the timing notations has indicated the pilotless plane was still filming in the region after Washington claimed it downed an Iranian drone near Gulf.

🔴 DO NOT MISS 🔴#IRGC releases video showing its #drone -the #US alleges to have downed-safely returning to its base after monitoring #USSBoxer before and after the vessel sailed through the Strait of #Hormuz.

The video was released shortly after US President Donald Trump stated there was “no doubt” the American navy warship has “destroyed” an Iranian drone on Thursday in the Strait of Hormuz, according to Al-Jazeera news reports.

At the White House on Friday, Trump told reporters, “No doubt about it, no. We shot it down.”

The US president said Washington hopes “for their sake they don’t do anything foolish. If they do they will pay a price like nobody has ever paid a price”.

Earlier on Friday, a top-level Trump administration official stated the US would destroy any drones that come across or close to its vessels in the strategic Hormuz Strait.

“If they fly too close to our ships, they’ll continue to be shot down,” the official told reporters at a media briefing.

Al Jazeera’s Dorsa Jabbari, reporting from capital Tehran, said, “The footage appears to show this drone in the Strait of Hormuz … they monitored [the ship] for three hours.”

“We can see that they managed to get pretty close to the warship, and they said that at no point was there any confrontation between the drone and the USS Boxer … What happened after their surveillance mission was complete was that this drone returned to its base and there was no incident,” Jabbari added.

The Iranian authorities view the US accusation as a “repeat of a type of behaviour towards Iran carried out by the US government”, according to her.

“The Revolutionary Guards say the Americans are continuously trying to get the Iranians to react to their provocation,” she said.