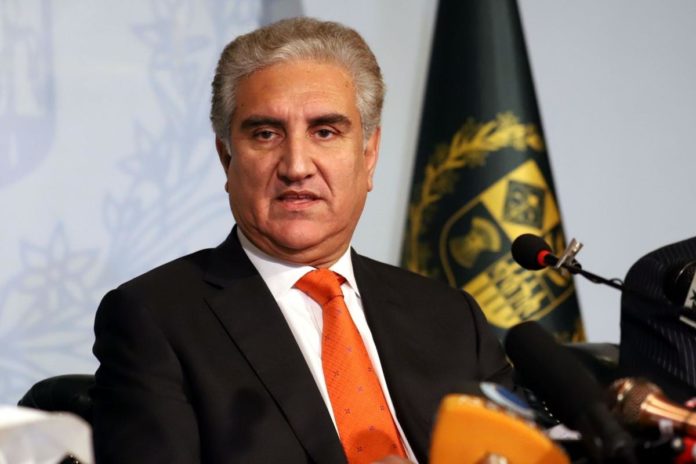 According to The Dawn news reports, during a telephonic conversation between Iranian foreign minister Javad Zarif and his Pakistani counterpart Qureshi, Pakistan has made this offer. A team of Pakistani delegation are now expected to pay a visit to Tehran in order to discuss Iranian concerns.

Since the terror attack on the guard’s bus on Wednesday, this talk was the first top-level contact between Iran and Pakistan, which has left the death of around 27 guards with 13 more injured.

The terror attack on guards occurred when the troops were travelling between the cities of Khash and Zahedan. Jaish al-Adl, a terrorist organization, has claimed the suicide bombing attack on troops’ bus.

Qureshi criticized the terror attack, offered Islamabad government’s sympathies as well as expressed Pak’s readiness for cooperation in the investigation into militants who had targeted Iranian troops in the Iranian region bordering both the countries, Iranian media reported.

However, Qureshi’s office did not issue any statement over the conversation.

Iran’s supreme leader Ayatollah Ali Khamenei had blamed the terror attack on “the spying agencies of some regional and trans-regional countries”. However, guards accused Islamabad of turning a blind eye to the group.

IRGC commander Maj Gen Mohammad Ali Jafari alleged the group had the sanctuaries over Pakistani soil. He said Iran would, obviously, retaliate against the terrorist organization if Islamabad did not act upon that.

Tension has been running very high in Tehran and India tried to cash in over Iranian grievances. India’s external affairs minister Sushma Swaraj has on Saturday made a brief stopover in Iran which travelling to Bulgaria.

During her visit and meeting there, Swaraj discussed the terror attack on IRGC bus and on Indian paramilitary in Pulwama in India-held Kashmir.

After the meeting, Iranian deputy foreign minister Seyed Abbas Aragchchi, in a tweet, wrote: “Iran and India suffered from two heinous terrorist attacks in the past few days [that] resulted in big casualties. Today in my meeting with Sushma Swaraj, the Indian FM, when she had a stopover in Tehran, we agreed on close cooperation to combat terrorism in the region. Enough is enough!”

The incident has been also discussed during a meeting between Iranian parliamentary body on national security and foreign policy. Parliamentary commission spokesperson Ali Najafi Khosravi was quoted by Iranian official newswire IRNA as saying: “One of the issues that were raised in the National Security Commission today was that terrorist groups use the Pakistani territory to take actions against Iran.”

However, he further noted Tehran understood Pakistan’s problems over its controls on its border with Iran.