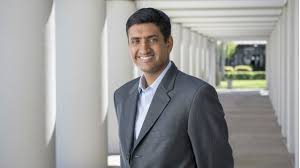 Khanna, a congressman from the 17th district of California has been a member of the Obama Administration. According to an article in News18.com, Khanna after meeting with a Pentagon official had said that such a status will take the Indo-US defence relationship to the next level.

During his meeting, he had spent the entire time driven on the agenda of strengthening the Indian- US relationship. According to the same article, Ro Khanna said that he is working with the House Foreign Relations Committee about the same agenda.

Khanna had also met with Randy Schriver, assistant secretary of the defence for Indo-Pacific Security Affairs. During the meeting, he had talked about the importance of the India-US relationship and the potential areas of strengthening the economic and defence relationship between the two countries.

According to an article in Hindustan Times, Khanna said,” We also discussed the need for Pakistan to use their leverage over the Taliban to prevent them from harbouring terrorists as we push for a responsible withdrawal of US troops in Afghanistan.”

The Afghan Peace Process saw a major downturn when President Trump had cancelled a meeting with the Taliban earlier this year. Pakistan has been seen by many as a key player due to its sway over the Taliban. Pakistan had helped the Taliban when they had been fighting the Russian occupation during the 1980s. They had also recognised the Taliban government along with Saudi Arabia and the UAE.

Khanna is a two-time congressman and is particularly known for his consul on foreign policy. He had also served as the Deputy Assistant Secretary in the US Department of Commerce under the Obama Administration. Currently, he has been working with fellow congressman John Lewis to set up a Gandhi-King Scholarship Exchange Program for Mahatama Gandhi’s 150th birthday.