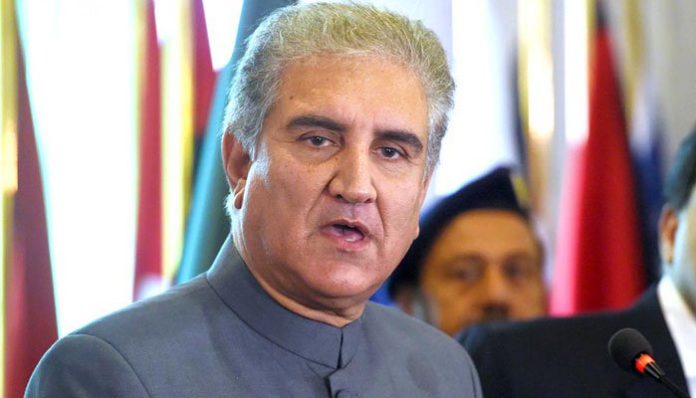 Islamabad, May 14: Pakistan foreign minister Shah Mahmood Qureshi has on Tuesday said the United States has not imposed any visa restrictions, as per Radio Pakistan reports.

According to ANI news reports, FM Qureshi was quoted as saying, “The United States has not imposed any visa restrictions against Pakistan. It is just going to deport over seventy illegal Pakistanis.”

The FM further stated Islamabad has asked Washington to fulfil the legal requirements about the Pakistan nationals being deported illegally.

Qureshi’s comment has come few weeks after the US state department announced last month that the country is imposing visa restrictions over Pakistan nationals residing in the USA after the Pakistani authorities refused to take back its visa over-stayers and deportees citizens, according got US state department.

On April 27, the US state department said, “Consular operations in Pakistan remain unchanged. This is a bilateral issue of ongoing discussions between the US and Pakistani governments and we are not going to get into the specifics at the time.”

On that day, the US has imposed sanction on Pakistan for refusing to take back its national visa overstayers and deportees from America, cautioning Washington may withhold Pakistanis visas, starting from senior-level officials.

Pakistan had been added up to a list of countries sanctioned by Washington under a US law, according to which nations refusing to take back its citizen deportees and visa overstayers will not be provided with American visas.