The Indian Wire » Automobiles » BMW Z4, Toyota Supra and Next 3 Series sedan to launch by 2019 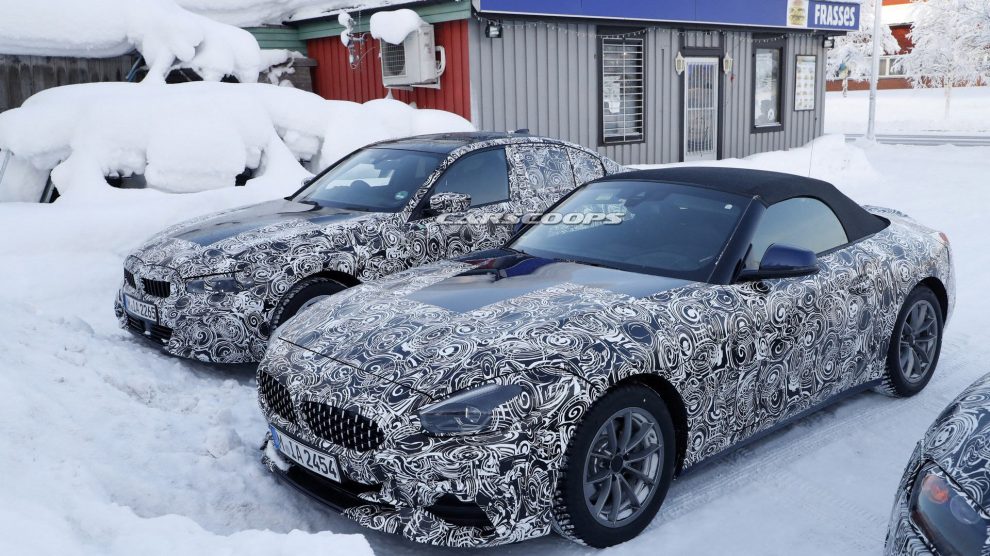 Reports of car spotters catching a convoy of super-sedans have emerged, the sedans being BMW Z4, Toyota Supra and the Next 3 Series sedan. Although all the three are equally eye-catching, the Z4 stands apart from its counterparts as the prototype appears to be ready for manufacturing. The Z4 was previewed as a concept at the Pebble Beach Concours d’Elegance, but the road-ready model adopts a less aggressive front with a more straight grille.

BMW has been silent on the specifications but if the rumors are to be believed, the Z4 will have a 3.0 liter twin power turbo six-cylinder engine that gives 335 PS and 385 PS. The BMW Z4 is expected to go into production in November this year.

The Z4 and the Supra are being co-developed by BMW and Toyota while the 3 Series is fully BMW. A good look at the Supra gives an idea of its exterior.  It has the trademark supra style with excellent looking wheels.

The upcoming G20 3 Series car doesn’t give away much and by the looks of it, it might be the upcoming BMW M340i. It has aggressive M sport package type wheels and dual exhaust tips which are seen on six-cylinder 3 series. At the front, large air intakes are noticed on the bumper but are mostly covered by camouflage. The Supra will reportedly be unwrapped at the upcoming Geneva Motor Show in March, making it the first of the three to be released. Toyota and BMW are working together as part of a deal signed many years ago by the two giants. Toyota is also set to use BMW’s 340 HP inline-6 engine.As for the 3 Series, it is a compact RWD which will be revealed a little later this year.

All the three cars have been spotted near the Arctic circle, and spy photographers have snapped some interesting pictures while the cars were test-driven.