The Indian Wire » Automobiles » Hero HX250R to be in market soon 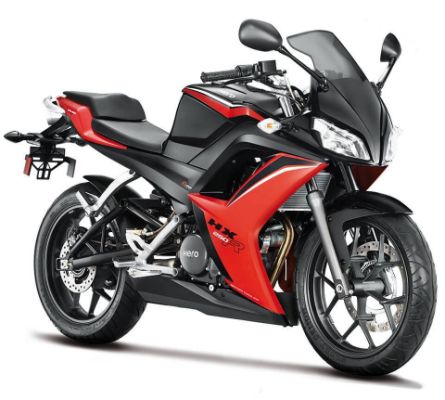 Hero MotoCorp is known to be the best in the Indian motorcycle market. The entry-level models by Hero, like the splendour, has had a huge success in the Indian market and looks like it will continue to hold the spot for a few years to come. The company also came up with the most loved bike ‘Karizma’ about a decade ago and this bike has played an important role in the development of Indian performance bikes sector.

It cannot be denied that once successful bike can be of any comparison to the young and stronger bikes that have just entered the industry. Hero, on noticing that the game had just got tougher is now getting ready with an all-new model that is expected to give tough competition to the new Pulsar RS 200’s and the KTM 200 Duke. The HX250R was first reviled back in 2014, at the Auto Expo of the year and is in its own sweet pace to enter into the market. The bike is expected to be the next big thing in the world of affordable performance bikes in the country.

The new HX250r is being powered by a new 249cc single-cylinder, water cooled, fuel injected engine that has a maximum power of 31 bhp and a torque of 26Nm. The engine will also come with a six-speed manual transmission. Reports say that this is the first bike developed by Hero without any help from Honda. Although, it is said that the hero has highly benefited from its relationship with EBR. The bike on an average weighs about 139kg and similar to the KTM 200 Duke, 390 Duke and Pulsar 200NS the HX250R will also get an underbelly exhaust.

The bike has disc brakes on both the front and the back wheels. The front brake disc comes with a 300mm disc, whereas the rear comes with 200mm. The HX250R is expected to ride on 17-inch wheels. Hero clams that this bike can dismiss 60KMPH from a standstill in about 2.7 seconds which is spectacular and reach up to 100KMPH is about 8 seconds only. The top speed of the bike is claimed to be 160KMPH. The price of the bike is expected to range anywhere from INR 1.5 lakhs to 1.7 lakhs.