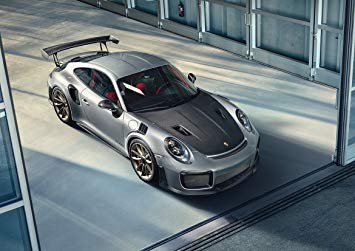 Porsche, a brand that has always promised and produced perfection. The car brand from Germany produces sports cars that can be driven on roads which not many companies offer. After the Porsche 911 GT3 RS the company has come up with the new updated versions, Porsche 911 GT3.

The Porsche 911 GT2 RS is one of the fastest road-legal cars from around the world. The Stuttgart sports car specialists have officially launched the sports car in India today. This car is the new member of the 911 flagship. The company has priced the sports car at Rs. 3.88Crore in India.

The Porsche 911 GT2 RS is powered by a 3.8litre engine that would offer 686bhp and 750Nm of peak torque. The car can accelerate from 0-100kmph in 2.8seconds and 0-200kmph in 8.3seconds. It comes with a top speed of 340kmph. The road-legal sports car is made up of light-weight parts and components which makes the car lighter compared to the others. The makers of the car have brought down the weight to just 1,470kg which can be further cut by a 30kg by opting for the Weissach Package. Makers of this sports car have not left any stones unturned as the cabin has a very sporty design with leather interiors. The cabin also has a 4.6-inch color display for the driver to receive information from the onboard computer.

Porsche 911 GT2 RS has active suspension management that adjusts damping on each wheel depending on the road or track condition. There’s also carbon ceramic brakes that are offered as a standard for every Porsche 911. The car also gets Porsche Stability Management which guarantees that you are planted on the ground when you attack a corner. It also has a stunningly good mileage of 8.5 kilometers per litre.

The Porsche 911 GT2 RS is the king of the Nurburgring when it comes to rear wheel drive cars and it holds a record at 6:47.3. The sports cars giant has decided to only have a limited production run globally and only a handful of those units will be coming to India.