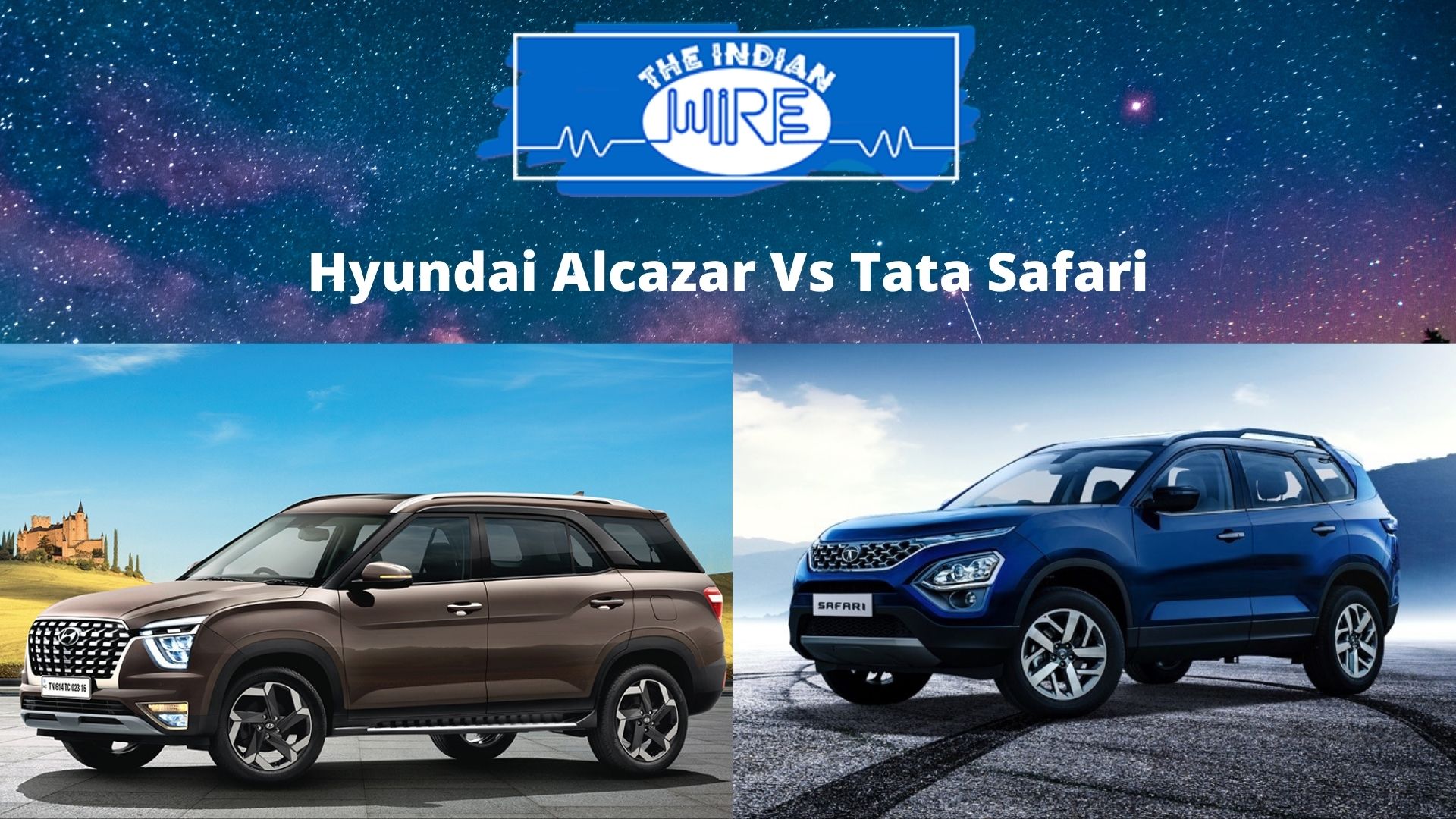 Regular family outings do require an SUV that can seat as many people as it can. Keeping that in mind, multiple carmakers tried introducing a fully packed SUV that is under a tight budget and is practical in nature. Planning to buy a 6 or a 7-seater SUV? Here is a detailed comparison between Hyundai Alcazar and Tata Safari to figure out which one suits you better.

Undoubtedly, it is a 7-seater Creta but just to make sure that it is even practical, Hyundai has worked on its wheelbase for more space on offer. According to the brand, the new Alcazar features several first-in-segment features to set it apart from its well-established rivals.

Transmission duties for both of them are handled by either a 6-speed manual or an automatic gearbox.

Just like the Creta, this one is the most feature-rich SUV in its segment. To name a few, Alcazar comes with distinctive features such as a 10.25-inch fully digital instrument cluster, 8-speaker Bose surround sound system, air purifier, retractable tables for the second row, side footsteps and rear window sunshade to name a few.

It is still not tested in terms of safety. Also, the third row of the Alcazar is not at all the best in the segment keeping in mind the ample amount of wheelbase it has got to offer. Coming to the pros, it is feature loaded with several of them available as standard. Surprisingly, the boot carrying capacity is decent even after retaining the third row.

With a solid build quality, Tata Motors came up with the new Safari as their flagship offering. The expectation from the name was so high that initially, there were a lot of mixed reactions from the enthusiasts across the country. It’s back even stronger with a localised platform known as OMEGARC which is again a derivation of Land Rover’s D8 platform.

It comes powered by a 2.0-litre four-cylinder, turbocharged diesel engine that propels a colossal 170PS of power and 350Nm of peak torque. For transmission duties, Tata Motors has offered 6-speed automatic and manual gearboxes as per the customer’s requirement.

The interior of the Tata Safari remains very similar to its younger sibling. Just like the Harrier, it will sport a semi-digital instrument cluster, 8.8-inch touchscreen infotainment system, 9-speaker JBL surround sound system, terrain response modes, etc. All of them together makes it a sensible SUV in terms of features.

Priced similarly to the Alcazar, it still misses out on some modern features. Talking about what’s good, the 7-seater layout gets full marks in terms of practicality. Also, the ride quality of the new Safari is best in its segment.

Hyundai Alcazar Vs Tata Safari: At A Glance

Mahindra XUV400 Rolls Out In India, Looks Like XUV300 Just Got Electrified