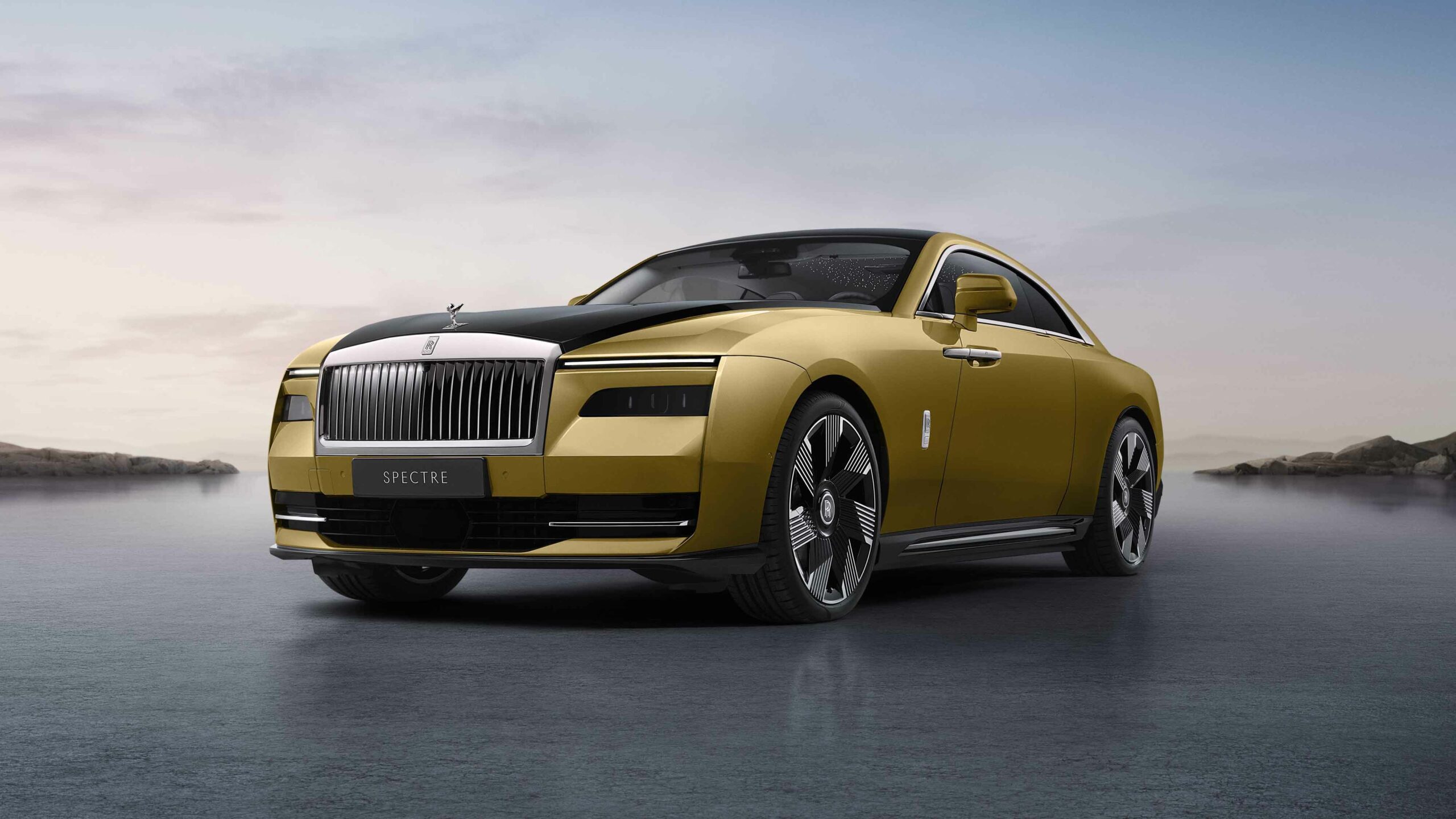 Rolls-Royce taking a big step forward towards its future has finally introduced its first electric luxury coupe called Spectre and the marque has already confirmed that they have received a positive response for the same. But what this new coupe EV from Rolls-Royce is all about? To begin with, it is an important product from the British marque point of view since the automaker has already discontinued its well-known twelve-cylinder engine and is expecting the EV lineup to cover up for it.

Want to learn more about it? Let’s check all the details related to the all-new Rolls-Royce Spectre down below.

People who can afford it will get a complete experience of a luxury car and there is no denying the fact. The carmaker still focuses on offering the premium features from the ICE-powered cars and that is the only reason why it is loaded with a massive bonnet hood, sloping roofline, sleek headlamps and gigantic doors that are pillarless. The grille is said to be the most influential ever and as we can see in the pictures, they are equipped with around 22 LEDs that illuminate in a particular manner.

Comfort inside the cabin is still not compromised and Rolls-Royce is still boasting its “magic carpet ride” phrase, all thanks to the Planar Suspension as named by the brand itself. Not kidding but the carmaker has tweaked the ‘Spirit of Ecstasy’ to make it aerodynamic friendly. The headlights are slim when compared to any other luxury car from the brand to give it a modern yet premium feel. Running on massive 23-inch wheels, the overall design is striking enough to grab lots and lots of attention on the road.

The British marque has introduced a reliable battery pack that works in conjunction with electric motors to propel a massive 577 horsepower and 900Nm of peak torque on the new Spectre. It also makes the electric coupe return a 520km range (according to the WLTP cycle) while pushing it to clock a triple-digit speed in just 4.5 seconds.

The positioning of the all-new Spectre is still not clear. However, in terms of rivalry expect it to go head-on against other luxury sportscars from Bentley, Mercedes-Benz, Ferrari, etc to name a few. Pricing of the coupe electric car is said to be somewhere around $400,000 and as expected, the carmaker is planning to start the deliveries by late 2023.