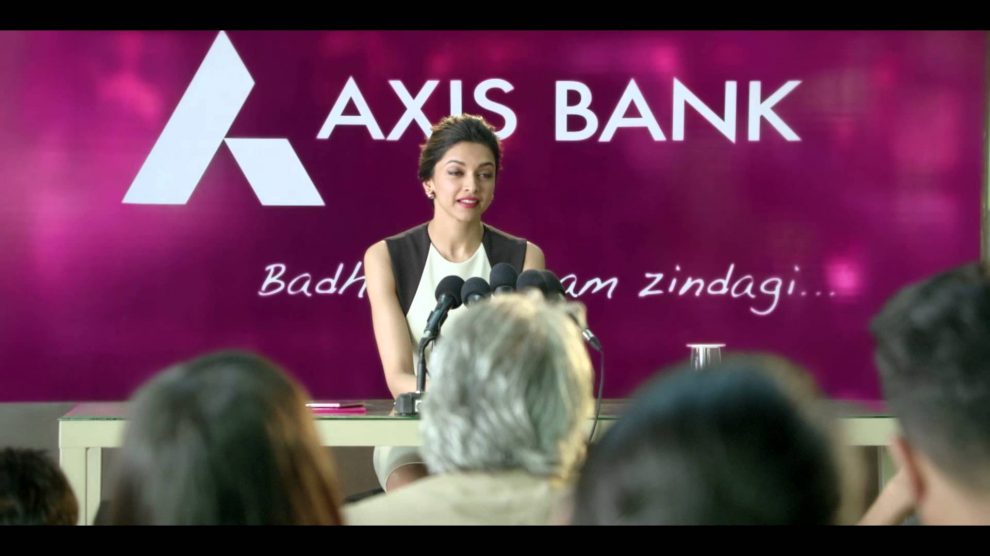 Axis Bank experienced a dip of 83.4% in the latest quarter where the net profit dropped to INR 319 crores, INR 1.33 per share.

Amid the challenging market conditions, India’s third biggest private lender issued its report of second quarter of the ongoing financial year. According to the data made public today, Axis bank had a disappointing quarter with a sharp rise in bad loans which had to be written off. The profit after tax calculations fell by 83.4 percent compared to the last quarter and the final amount of profit was a mere INR 319 crores or INR 1.33 per share.

In the same quarter of last year, Axis bank had reported the profit after tax of INR 1915 crores and the predictions for this quarter were showing Axis Bank’s PAT to be around INR 1626 Crores. Last year in the same quarter, the amount of bad loans was INR 707 crores, which increased drastically to INR 3623 crores in the latest quarter.

The net interest income in the quarter was reported to be INR 4514 crores and net interest margin slipped to 3.64 percent in the same period.