The Indian Wire » Business » List of Richest People In Hyderabad Hyderabad is known as the second financial capital of the country after Mumbai. With rapid growth in almost all the sectors, the city has everything that you are looking for to grow your business. Over the years, the city has given our country some of the finest businessman and rich people. We, in this article, have therefore listed for you the richest people in the city of Hyderabad. Lagadapati Madhusudhan Rao is the richest person in Hyderabad. He was born in Andhra Pradesh in the year 1966. Rao is an Indian business owner and also the chairman of Lanco Infratech. He started his business journey in the United States at Waggner Corporations. After returning to India, Rao joined Lanco Industries Limited and later became the managing director of the company.

He has received various awards for his phenomenal contribution to Indian trade industry and is known as one of the fastest growing business owners in the country.

Murali Divi is another richest person in Andhra Pradesh. He is an Indian business tycoon who is also the founder of Indian pharma company Divi Laboratories. Divi Laboratories is one of the largest producers of certain drugs in the world. Murali has also collaborated with several other pharma companies both in India and overseas.

Murali is a well known face in pharma industry and is awarded several times for his immense contribution to the pharma and medicine world. 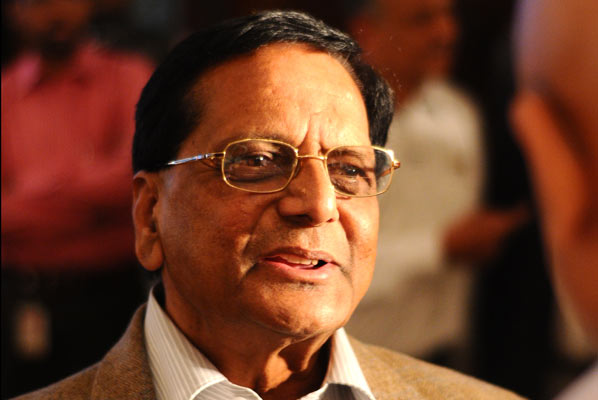 K Reddy’s work is recognized and appreciated at all levels and he has been awarded with several awards. The most notable one being, Padma Shri in 2001 by Govt of India. He died of cancer in March 2013 in Hyderabad. GV Krishna Reddy or Gunupati Venkata Krishna Reddy is the founder and director of GVK, a Hyderabad based infrastructure corporation. The company has various initiatives in the fields such as energy, airports, resources, transport etc. GV is known for setting up India’s first independent power plant in Andhra Pradesh.

GV did his graduation from JNU and had a keen interest in infrastructure right from his college days. He is known for building various dams, highways, airports, roads, canals across the country in last three decades. GV has received various awards in his lifetime which also includes Padma Bhushan in 2011 by Govt Of India.

As of now, GVK reddy net worth is 1.3 Billion USD. G M Rao or Grandhi Mallikarjuna Rao is an industrialist, engineer and also the founder of GMR Group. GMR Group is a global infrastructure developer with operations in more than 9 countries at present. Rao began his career with commodities trading and later headed several businesses before founding GMR Group.

Rao is very active in charity and various other social works. Right now he is serving underserved sections of thee society in more than 22 locations. He donated 1500 crores in 2012 for various charitable projects. For his work, Rao got an award for Entrepreneur of the year in 2007.

These are the richest people in hyderabad as of 2017. The facts and figures gave been collected by the most notable resources on the internet. In case of any corrections, let us know in the comments below. This list would be updated as and when there would be a change in the figures.