Online gaming is the next big thing in Indian business.

Call it coincidence or a quirk of fate. There are not many occasions when a businessman and an economist, both stalwarts, are on the same page. But one such synergy happened early this year. Reliance Industries chairman Mukesh Ambani and Morgan Stanley economists Ruchir Sharma propelled online gaming towards our satisfied selves. For Mukesh Ambani, “Gaming will be bigger than music, movies and television shows put together,” while for Ruchir Sharma, “Compared to music and films, gaming has a bigger global market size”. Reason: it’s a serious business! 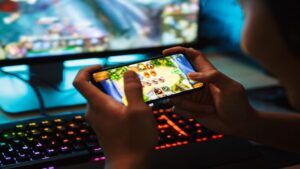 India’s online gaming industry, which is a gift of start-ups and their ecosystems, is now becoming a big industry, and billionaires and transnational firms across sectors are vying for a slice of the pie. Joining the bandwagon are e-commerce giant Amazon, telecom firms Jio and Airtel and payment wallet Paytm. According to Sharma’s research, more money is being spent on gaming than other, more common, pastimes—Twitter earns $8 revenue per user, Facebook is at $19, Google at $27, while Fortnight, a game, earns $96.

The Covid-19 fever: How digital gaming became a serious business?

Covid-19 and the multiple lockdowns have hit sports hard including super events like Olympics and IPL. The arena has clearly shifted from vast outdoor stadiums to the safety of the frequently sanitised palms of the players. From the sporting world’s biggest names to ‘super players’ in the neighbourhood who can think, move, kill or touch the finish line faster than others, to make some money or just as time pass — spending both time and money via in-app 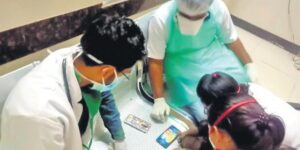 Even as sports lovers wait for real games to start, virtual games are seeing their best moments. At a time when venture investments are drying up, at least half a dozen gaming start-ups have attracted funds. The number of gamers has gone up and enthusiasts are spending more time on gaming every day.

Investment in the Gaming Venture in Years (Statistics):

According to a June 2020 report titled Gaming – India Story by Maple Capital Advisors there are 400 gaming companies and around 300 million gamers. According to KPMG gaming is valued at just under $1 billion, growing at 41% a year and by 2024 it will be $3.75 billion in India, with subscriptions, in-app purchases, advertising and platform fees comprising the revenue streams. Even as gamers and investors grow, the sector will create more jobs as well. 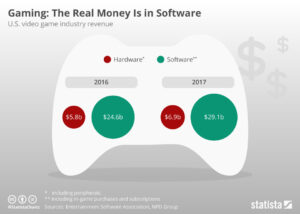 Gaming startups are also getting attention from venture capital firms. In 2018 Tencent led a $100 million investment in Dream11, the first gaming unicorn in India. Ace2Three raised $75 million led by Canadian private equity major Clairvest Group and in 2019 Mobile Premier League (MPL) raised $40.5 million from Sequoia, Times Internet, GoVentures and others. Sequoia has been among active players in the gaming arena having picked up stakes in Octro, Moonfrog Labs, Rheo TV and MPL. On June 2, online gaming startup Pocket52 raised $1.75 billion as part of its Series A funding from game publisher Gameskraft.

Despite Covid 19, June 2020 also saw one of the biggest gaming deals of the year — with US based social gaming company Zynga buying two titles from the portfolio of Istanbul based Peak Games for $1.8 billion. The games had just around 12 million Daily Active Users (DAUs) but were among the highest grossing on the Apple’s App store, reported by The Economic Times. 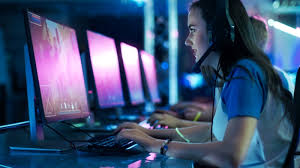 In the first two phases of the lockdown that started on March 25, retail stores selling electronic items were closed, while e-commerce companies were allowed to ship only essential items like grocery, pharmaceuticals and healthcare products.

In the next two phases, sale of electronics items was allowed in most areas (except containment areas) through e-commerce, depending on state regulations.

Tech companies and manufacturers are witnessing strong sales of ‘convertibles’ and gaming laptops in the Indian market, with demand for computing devices at par with pre-COVID levels.

“We have seen leads increase to 10,000 in June and 15,000 in July. The conversion rate is 3-4 per cent, which is very good,” Taiwanese tech major Asus company’s executive commented. This is helping offline retail partners reach more customers, he added.

Reliance Jio, Airtel preparing to cash in on online gaming boom in India. 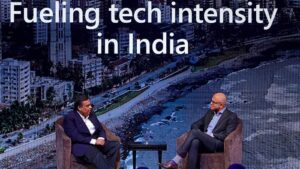 Among telecom companies, Reliance Jio and Bharti Airtel, they believe, are aggressive in building an ecosystem around this and should reap benefits in the long run.

Recent lockdown led to a strong uptake in online gaming. Monetization though may take time given nascent stage of the market. Rather than being just the pipe, telecoms like Jio (Reliance Industries-owned) and Bharti Airtel are focusing on gaming as an incremental source of ad/subscription revenue. In fact, RIL believes that gaming in India will be bigger than music, movies and television shows put together.

Both telecoms are tying with gaming-companies instead of developing in-house games and expect cloud gaming picking up post 5G/fixed broadband rollout.

Rather than casual gaming, telecoms are focusing more on high bandwidth requirement games. But they are looking to eliminate the need of hardware (as it limits addressable market) and instead offer games on Pay TV Set-top box. ‘We find current strategies of Jio & Bharti towards gaming different. While Jio is offering more casual games, Bharti appears more focused on e-sports,” says financial advisors of the gaming industry.

Mukesh Ambani Eyes Online Gaming in India with Jio as his single player. 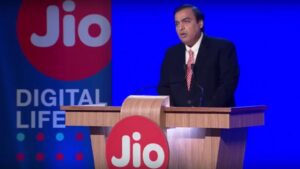 After mobile and broadband it’s probably time for Reliance Jio to enter a new segment in the country.

And after hearing Mukesh Ambani, Chairman, Reliance Industries Limited talk on the side-lines of the Microsoft event in Mumbai on Monday, it’s fair to say he’s eyeing the gaming segment with Jio’s existing armoury of mobile as well as broadband internet.

“Gaming industry really doesn’t exist in India. With cloud and broadband connectivity, there is huge potential,” Ambani said at the event.

He even claimed that gaming has the potential to be bigger than the music and TV industry.

“For many of us who don’t know what gaming is, it is very hard to imagine, but gaming will be bigger than music, movies and TV shows put together,” said Ambani. All these statements suggest Jio is set to focus on gaming in a big way. We already know that gaming is an intrinsic part of JioFiber ecosystem, with the devices capable of supporting multi-player online gaming.

It is possible that the hybrid set-top box could offer on-board storage to install popular games like FIFA 2019, which can then be played with multiple players through the internet. Google and Microsoft also have big plans for online gaming, and with Jio entering the fray, users will have access to myriad options.

Facebook CEO Mark Zuckerberg said the partnership “will be to wire up and get thousands of kiranas, small businesses across India, on boarded onto WhatsApp to do commerce there” and that the company is excited about the opportunity in India. 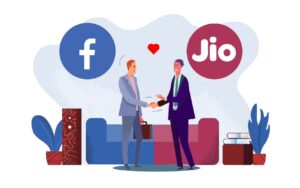 Since then, the Reliance Industries’ technology unit has raised money from a clutch of marquee investors. Earlier this month, Google said it will pump in ₹33,737 crore to buy a 7.7% stake in the venture, taking the latter’s fund raise since April to over ₹1.52 lakh crore.

Mr. Zuckerberg noted that India “should be one of the faster-growing business opportunities” for the company.

He said a lot of people use WhatsApp, especially in India. “There’s a huge opportunity to enable small businesses and individuals in India to buy and sell things through WhatsApp. We want to enable that. That starts with enabling payments,” he added. 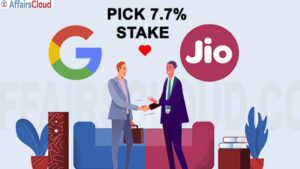 In the investor call of Alphabet (Google’s parent firm), its chief Sundar Pichai said the company has announced a ‘Google for India’ Digitisation Fund to help Indian Internet users.

Through this effort, Google will invest approximately USD 10 billion over the next five to seven years to accelerate and participate in India’s burgeoning digital economy, he added.

Tech giants Facebook and Google – which have invested in Mukesh Ambani’s Jio Platforms – are keen on leveraging the partnership to cash in on the fast growing business opportunity in India and expand the learnings to other countries as well.

During their investor calls, the U.S.-based companies highlighted the importance of the Indian market which is home to one of the world’s largest Internet consumer bases. 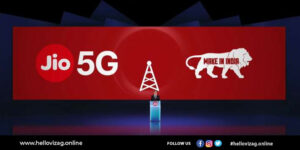 As its shares have surged over 120% since mid-March, Reliance Industries today broke into the list of top 50 most valuable publicly traded firms globally.

Through the Jio App Store on the Set Top Box, one can access internet applications across multiple genres such as entertainment, education, health, cooking, yoga, gaming, religion, and many more.

As India is standing at the doorsteps of the 5G era, we should accelerate the migration of 350 million Indians, who currently use a 2G feature phone, to an affordable smart phone, says Mukesh Ambani.

Reliance will work with other Indian companies, including start-ups, to vigorously promote Make in India, Made-for-India and Made-for-the-World products, he adds. 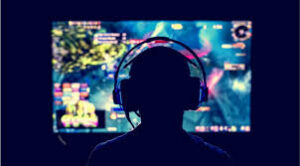 For Asia’s richest man, online gaming could be the next big thing in his home market.

Ambani’s interest in gaming comes at a time when the country is witnessing the growth of online fantasy sports leagues, quizzing and card games such as poker. This is being aided by the proliferation of affordable smartphones – users are expected to reach 850 million in two years – high-speed internet and falling data prices.

“My Expenses Are Minimal And Being Borne By Wife and Family” Says Former Billionaire Anil Ambani Before An UK Court Investigating His Assets Over...