On 15th September 2020, Union Finance Minister Nirmala Sitharaman has introduced in the Rajya Sabha yet another Bill to replace the Insolvency and Bankruptcy Code (Amendment) Ordinance 2020.

The Law, which was propagated on 5th June 2020, had prohibited the initiation of insolvency proceedings for defaults arising during the six months from 25th March, 2020, however extendable up to one year by passing of a special notification.

In simple words- no insolvency proceedings can be initiated by either the corporate debtor himself or by any of his creditors. The Order came as a response to the Covid-19 pandemic, which had created uncertainty and stress for businesses. It was also felt that during the Covid-19-induced lock down, it may be difficult to find an adequate number of resolution applicants to rescue the business debtor who may default in discharging their liabilities.

While the Rule prohibits insolvency proceedings against the Business debtor for defaults occurring during the specified period, it does not disallow such action against the personal guarantor of the same business debtor.

Insolvency is a situation where individuals or companies are unable to repay their outstanding debt.

The 2020 ordinance exempts certain companies from the provisions of the code with respect to initiation of a company insolvency resolution process.

How is the corporate insolvency resolution initiated?

When the default occurs Creditor or company can file for insolvency resolution before the National Company Law tribunal. 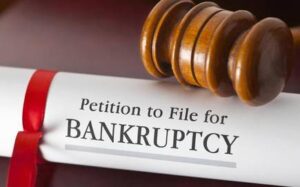 For initiating a corporate insolvency resolution. Once the application is accepted a committee of creditors is set up with the financial creditors of the company.

What changes does the ordinance make?

The ordinance exempts certain companies from the provisions on initiation of corporate insolvent resolution process.

Under this ordinance, an application for insolvency resolution cannot be filed where a default has risen during a period of at least six months starting march 25, 2020.

The central government can extend this for up to one year through a notification. The ordinance clarifies that no proceedings can ever be initiated for defaults occurring during this period.

The ordinance further states that for such companies, the resolution professional cannot file an application to the NCLT for directions against the partners for directors to mak contributions to the assets of the company.

The Boon of Business Bankruptcy:

IBC, the insolvency and bankruptcy code- this code was Current Indian government’s most important reform. It is a very bold reform because Indian capitalism has never understood bankruptcy because bankruptcy in India is seen to be a shame. 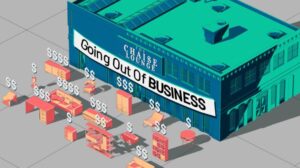 IBC was set up with a bunch of laws so that was done in 2016 the purpose of IBC was that when a company but banks conclude that they cannot get their loans back from a company. They can go to a national company law tribunal – a judicially constituted body specialist and take a company through the bankruptcy process and then that NCLT will set up the process in the process.

There will be a resolution professional who will be an outsider somebody from the world of finance, accountancy or one of these corporate consultancies who will come and supervise the process. Then there will be a committee of creditors so people essentially bankers who have lent money to that company will form a committee.

We’ll then negotiate and see what is the value they want to get and at some point the resolution professional after satisfying himself will call for bids from buyers for this bankrupted company.

And as bids come, finally the highest bid is accepted by everybody. Then that money that comes from the buyer will then be distributed among all the lenders on the basis that the committee of creditors decides.

The Banks and their Business tactics:

Now this whole process was supposed to take place in 270 days because the impression earlier was that in the Indian legal system. This will just go on forever because people will misuse the legal process to delay this to 70 days’.

Now when that happened the first thing the Reserve Bank of India did to make an example and to show that this process works and to also check out the creases in the system- they declare a list of 12 Biggest loan defaulters in the Indian banking system.

So you can call it a list of dirty dozen although that’s not a preferred expression. A company going bankrupt goes bankrupt.

Donald Trump has gone bankrupt twice yet he’s the present president of America and by default currently one of the most powerful men in the world.

So in real capitalist countries like USA do not see any shame in bankruptcy but in India we do. That’s why in India even the bankrupt tried to brazen it out. So these 12 companies were referred to the IBC process insolvency and bankruptcy process in June 2017. Two years back some have been sold and banks have recovered a fair bit of money which is a very good thing.

Some have gone into liquidation because nobody came to buy them. Some have some issues going on and some haven’t got sufficient price yet on them. But some have dragged the process through litigation.

The evil intentions or smart decisions?

What exactly was the intention of the IBC being (by release of these names of defaulter companies) was to avoid such happenings in the first place.

Secondly, the process started the steel industry that came through a revival globally steel prices picked up – steel demand picked up and suddenly what was because commodities business is cyclical so steel cycle turned upwards. So this became a valuable business again.

One- banks for getting a good price from a buyer which in this case was Lakshmi Mittal who lives in London. He made a bid of 42,000 crores plus for this company. So essentially banks will recover most of their money.

In fact, more but the promoters themselves the who had earlier defaulted they thought now this business become so profitable that they could raise the money and repay their loans and start running their company again.

The Government’s stand on tribunal laws:

Now that said again, a settled capitalist society where people accept these principles of capitalism there would not have been a problem. Even a promoter himself can buy his broken company if he can find the money but in India where capitalism is still maturing, public opinion would never have accepted this- that somebody who’s gone bankrupt and stopped paying his banks.

Suddenly the commodity cycle gets better so he comes back and pays back and buys his own company that was not going to be Accepted.

So Modi government in the first term amended made the law to ensure that owners themselves- after they had been sent to bankruptcy process –could not buy back their companies.

So through this court process Essar steel case has now gone on for 600 days plus and that is what was causing a great deal of stress in the system. Because once it became evident that the royal family had gamed the new IBC system others also learned from them and they thought if they have joined it why can’t we.

This is not a case of only few companies. Between March 2016 and Jan 2017 banks referred another 858 companies to the IBC process. Then more were referred and more were referred. In fact, this has not become such a big process that just earlier this year 27 more judges were sworn in for NCLT.

More the Judges more the judgements? 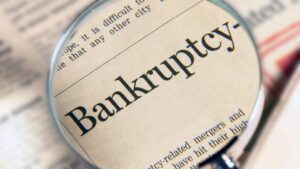 So NCLT now has more judges than the Supreme Court of India! Because there is so much resolution to be done of bad loans. So if one had been stuck like this, others would have followed the same example and delayed the process and that would have won.

In the process once again given Indian businesses a bad name and would have finally driven the banks completely bankrupt because after all how long can The government keep on paying them.

So the latest provocation is that there are in the Essar steel case 80 judges in the NCL. That’s right 80! All of them gave an order just earlier this week saying that of the money that will be paid to by the company by the new buyer kind of proportionate amount will be also paid out to operational creditors of the company.

So they now went to Supreme Court and it became evident that this will now go to court and take several months after that. So Modi government now if you see in the papers today they have now proposed a bill for further amendment of the insolvency and bankruptcy code in such a way that this delay now cannot happen.

The Bankruptcy bane is actually a boon?

They have given primacy to those creditors who have lent money against security essentially the bank’s. The committee of those officials will then decide what to give to whom because there is a seniority process and there is a hierarchy of lenders. Also within that committee or among the lenders if some don’t agree then once more than fifty percent agree everyone else’s assent is to be taken for granted. Majority wins.

These things and commercial considerations will drive the resolution process so banks have to try and get the best value and whatever gets in the best value including mergers and acquisitions in this process they are now authorized to do it.

Most importantly now these new amendments say that even if there is litigation at whatever level they’ve extended the term from 270 days by another 60 days so 330 days but even if you go to courts whatever course all this has to be done in three to thirty days.

Even by even while litigation may be going on, the resolution process also goes on. So there are no delays. So overall very good reform on top of the reform that was being blocked by old businessman gaming the system.

Some might have a feeling of vengeance but more importantly you will see many of this businessmen again do their knees and get up and start something new or rebuild their lives and entrepreneurship so to reach a state where there you don’t find bankruptcy embarrassing or shameful you first have to see a whole bunch of genuine clean bankruptcies.