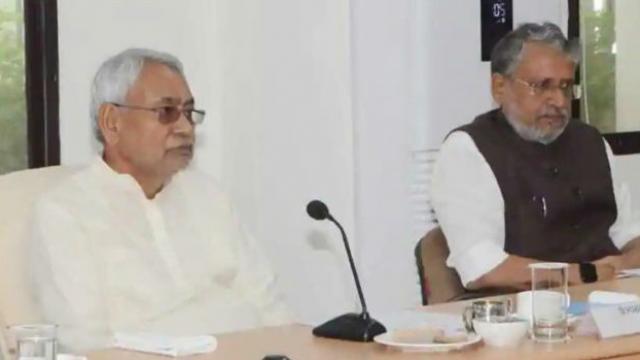 The state cabinet on Tuesday give a nod to 14 proposal that includes creating near about 5000 posts in Education, Health and Rural sectors.

The Bihar Cabinet agreed to the Education department’s proposal to create 229 posts of assistant professor for teaching Environmental science one at each 229 colleges of Bihar except in KSDS University, Darbhanga.

In total there were 2,772 posts for the APHCs out of which 432 AYUSH doctors post have already been created and the AYUSH doctors will be appointed in the ratio of 50% Ayurvedic doctors, 30% Homoeopathy and 20% Unani.

It also sanctioned a hike of Rs 10 per litre in diesel subsidy for irrigating farm land, the principal secretary said adding that the subsidy has been increased from Rs 50 to Rs 60 per litre on purchase of diesel for agriculture purpose. The decision has been taken in view of drought like situation in parts of the state to help and motivate farmers.

The cabinet has also decided to create 29 posts of different categories for the separate wing “climate change wing” under ‘Environment, Forest and Climate Change Department’ that include appointment of experts relating to climate change.

The cabinets along with Chief Minister Nitish Kumar have taken a total of 14 decisions in a meeting held on tuesday and gave its administrative nod for revised estimate of Rs 250 crore for construction of building of ‘Development Management Institute’ (DMI) in its own permanent premises which will be built at 15 acres of land in Bihta, Patna.