The Indian Wire » Education » NEET MDS councelling to be held within 4 weeks: Union govt to SC 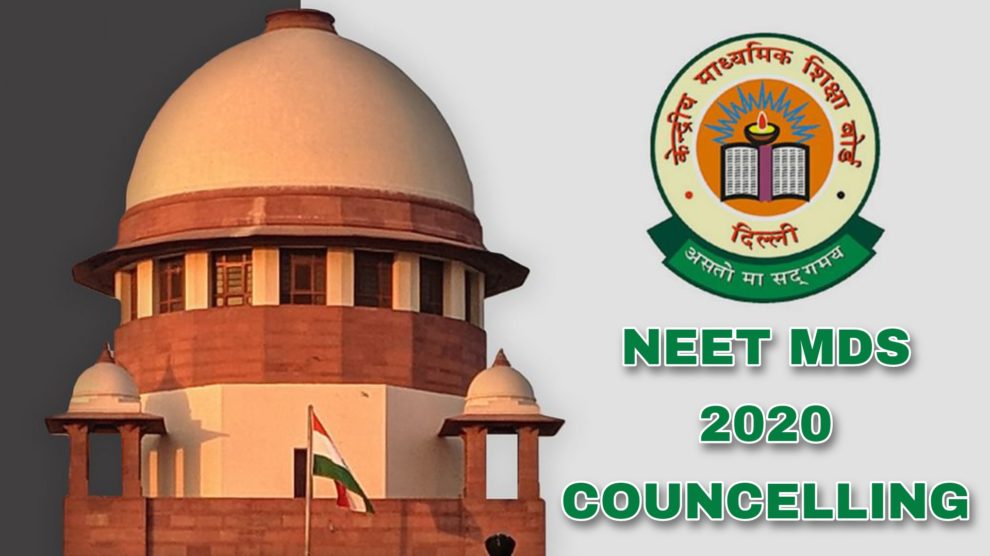 The councelling will be held completely via virtual mode due to the limitations of COVID-19 pandemic. Also, There will be no changes in the exisiting reservation policy for councelling.

This updates are presented by the Ministry of Health and Family Welfare (MoHFW) in response to the notice issued by supreme court on July 12 which sought a final decision from the government’s end.

The supreme Court asked the ministry of Health to release a clarification on the dates of councelling within a week. This orders came up during the hearing of a petition regarding the NEET MDS councelling.

The plea was filed by Advocate Tanvi Dubey and Advocate Charu Mathur which stated that the concerned authorities have failed to address the issues regarding delay in NEET MDS 2020 councelling process.

The petitioner mentioned that “Umpteen efforts were made to get in touch with the Respondents”. But since no satisfactory response were received, the petitioner was obliged to reach the supreme court.

The plea was first heard on July 2 by the SC division bench of Justice D Y Chandrachud and Justice M R Shah. The bench said that concerned authorities must be aware about the consequences appearing due to the delay.

The SC then issued a notice for the central government, Dental Council of India and Medical Counselling Committee (MCC) to file a response and release the counselling date as soon as possible.

According to the response filed by Central government and MCC, the delay in councelling process is due to the issues raised on the OBC reservations in the All India Quota (AIQ) scheme.

The Ministry of Health and Family Welfare mentioned that there are several petitions pending in the Madras High Court regarding the OBC reservations which has kept an hold on the councelling process.