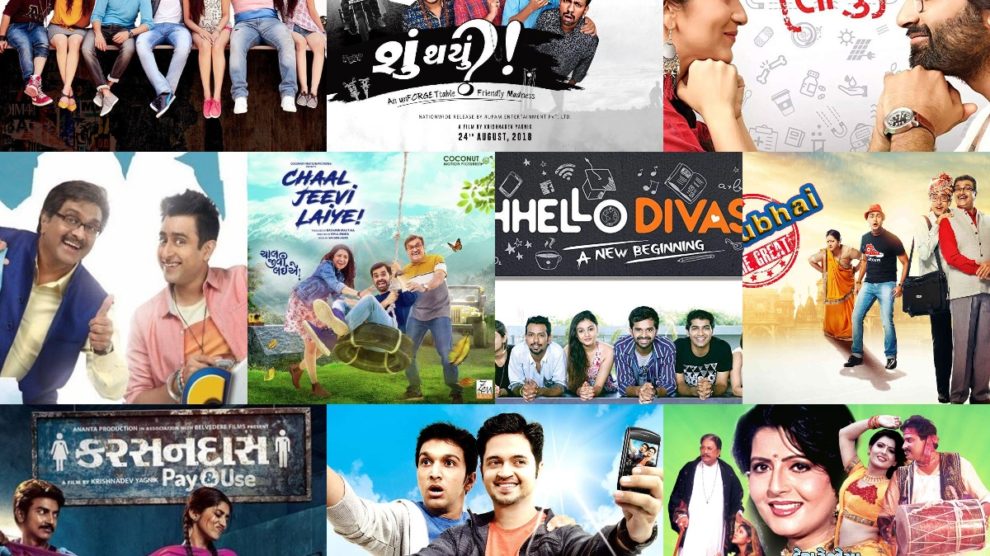 Gujarati movies are relatively unknown outside their states because of the regional stars gracing the screen in the products. But, that doesn’t mean the movies are of little importance; they’re as enjoyable for the audience as any movies that are released from the industries that get more exposure. And as the number of people watching these movies have climbed, so has the interest in its products and the money they make:

These are the highest grossing Gujarati movies:

This comedic-drama road movie was written and directed by Vipul Mehta. Starring Siddharth Randeria, Yash Soni and Aarohi Patel, the movie won the hearts of audience because of its light humor and relatable characterization. The music by Sachin-Jigar was also appreciated. Chaal Jeevi Laiye became the highest grossing Gujarati movie, with a gross of 52 crores at the box office. 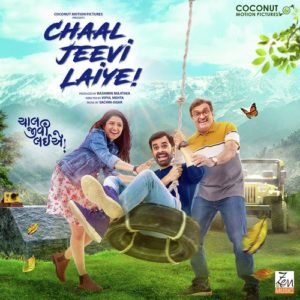 The story of Radha, a village girl who is married to an NRI after her marriage is cancelled, experiences culture shock after travelling in her new surroundings, was so loved by the audience that no Gujarati was able to take its place at the top for two decades. The movie grossed 22 crores at the time; claiming its place in the regional cinema history as a blockbuster. 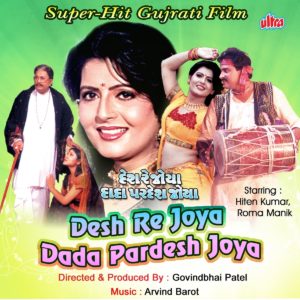 A remake of Tamil film, Naduvula Konjam Pakkatha Kaanom (2012), Shu Thayu was directed by Krishnadev Yagnik and starred Malhar Thakur, Yash Soni and Mayur Chauhan. The critics praised the movie for its comedic elements and the Thakur’s performance. They called it a must watch for people who want to watch light and funny entertainment. Shu Thayu grossed 21 crores at the box office. 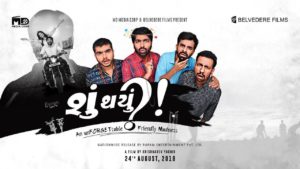 Directed by Krishnadev Yagnik, and starring Malhar Thakur, Yash Soni and Mitra Gandhi, Chhello Divas concerned the lives of eight friends and how they cope while in the last year of their college. The movie was lauded for its fresh perspective and script, and made 18 crores at the box office because of positive word of mouth from the audience. 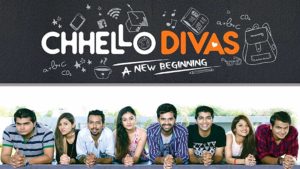 Neeraj Joshi directed this comedy-drama movie, with Malhar Thakur, Deeksha Joshi and Prashant Barot in the leading roles. The performance of the actors was lauded by the critics, while the audience fell in love with the light tone of the movie. It made 17.5 crores at the box office. 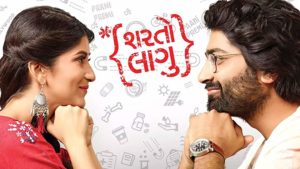 Based on Gujjubhai stage plays, Gujjubahi the Great was directed and written by Ishaan Randeria. Siddharth Randeria and Swati Shah played the leads in the movie. The critics questioned the logic of the story, but praised the performances of the cast. The movie was a success, with 15 crores gross at the box office. 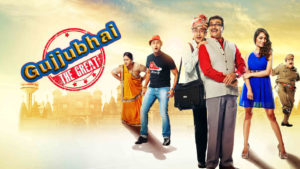 Ishaan Randeria returned with a sequel to his hit comedy, Gujjubhai the Great and was able to entertain the audience a second time as well. Siddharth Randeria returned to star in the movie, with Jimit Trivedi in the lead as well. The movie grossed 10 crores at the box office. 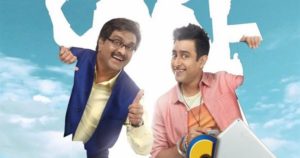 The first ever Gujarati movie to premiere at the New York Film Festival, Bey Yaar, was a story of friendship. It was directed by Abhishek Jain and starred Manoj Joshi and Darshan Jariwala in the lead roles. The movie was praised for its humor and characters, and made 8.5 crores at the box office. 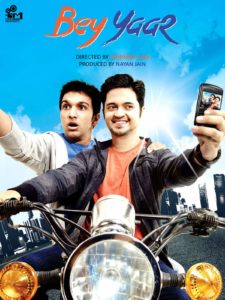 This romantic comedy movie was directed by Krishnadev Yagnik and starred Mayur Chauhan and Deekha Joshi in the lead roles. The audience loved the chemistry between the lead paid and helped it gross 8 crores at the box office.