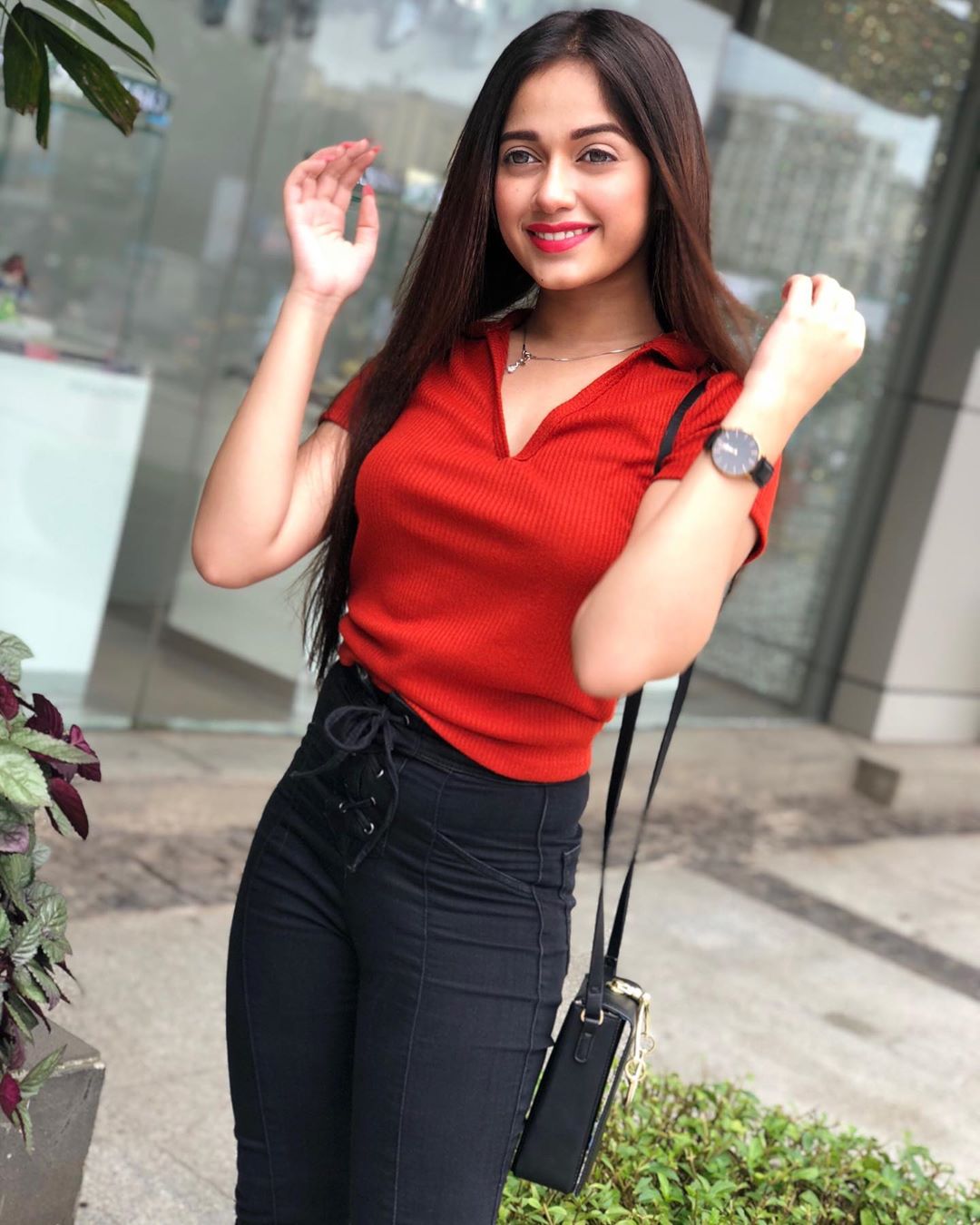 Jannat Zubair Rahmani is a young TV actress, who started her career with the show Phulwa. She is famously known for her roles like Young Phool Kanwar in Bharat Ka Veer Putra–Maharana Pratap and Pankti Sharma in Tu Aashiqui. She is currently seen in the show Aap Ke Aa Jane Se.

Jannat has lately established herself as a young digital media sensation. She is among the most followed people on TikTok and also on Instagram.

In addition to her flawless acting, Jannat is known for her super-cute looks and her adorable acting style.

In recent times, she has also tried her hands into music industry. Her songs like ‘Jatti’ and ‘Ishq Farzi’ have gained massive response from people on Youtube.

Jannat is an avid user of Instagram and frequently posts latest photos and stories.

In her latest post, she has posted a super-cute picture of herself dressed in a Red Tees and Pants. Check it out:

She had earlier shared a gorgeous photo on landing in Mumbai. Jannat is often seen with her younger brother Ayaan Zubair who is also a child artist on TV. She today shared a cute video with him.