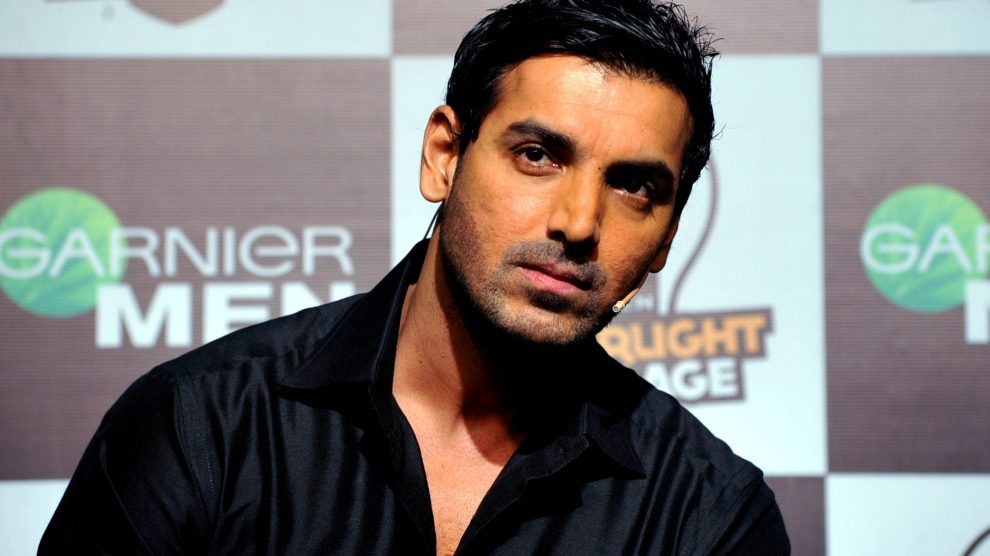 John Abraham shared a photograph of the film's clap-board on Twitter from his upcoming movie 'Parmanu - The story of Pokhran',

John Abraham has started shooting with his upcoming movie ‘Parmanu – The story of Pokhran‘, which is based on the successful nuclear tests conducted in Pokhran, Rajasthan in 1998. The film is being directed by Abhishek Sharma. He has also written the film along with the Saiwyn Quadros and Sanyuktha Chawla Shaikh. Music of this film is helmed by Sachin Jigar and other formidable team of technicians has been put together as well. The film also features Diana Penty and Boman Irani in lead roles.

Talking about the film, he said, “The road to Pokhran has been paved. It’s time to embark on a journey to revisit the mission that changed the place of India on the world map and turning the course modern India’s position in the world as a strong Nuclear state.” The Story of Pokhran will take the audience on a journey to showcase the greatest Nuclear espionage the world witnessed in 1998. A mission where the Indian army, scientists, engineers and satellite experts came together to pull off the greatest covert mission of their times and made the country proud and declare itself as a Nuclear state.

John Abraham made his Bollywood debut with 2003 movie ‘Jism’, co-starring Bipasha Basu. In 2012, he made his debut as a producer with Vicky Donor, starring Ayushmann Khurrana and Yami Gautam. The film was a critical and commercial success. It earned him the National Film Award for Best Popular Film Providing Wholesome Entertainment. His second film as a producer was ‘Madras Cafe’. John Abraham last featured in 2016 movie ‘Force 2’, directed by Abhinay Deo. The film, which was a sequel to 2011 movie ‘Force’, also featured Sonakshi Sinha. He will be making a cameo appearance in Aamir Khan’s ‘Secret Superstar’, which is scheduled for release on Diwali.

John on Wednesday took to Twitter, where he shared a photograph of the film’s clap-board and captioned: “Day 1.. ‘Parmanu. The Story of Pokhran’. Our biggest test ever!”

The film is slated to release on December 8…

Any information related to this article….? Use the comment box below…