After giving a spectacular performance as Rani Laxmi Bai in ‘Manikarnika: The Queen of Jhansi’, Kangana Ranaut is all set to woo her fans with her upcoming film ‘Mental Hai Kya’, featuring Rajkumar Rao. The film will mark Kangana’s second collaboration with her 2014 ‘Queen’ co-star Rajkumar Rao. The hit duo will share the screen space after six years. 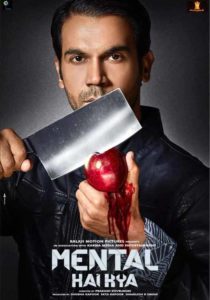 ‘Mental Hai Kya’ was initially slated to release on February 22, 2019. Later the release date was changed to March 29, 2019. Now, the makers of the film have further pushed the release date of the film. According to a tabloid, the film will now release in the month of May this year. The delay took place after the lead actress of the film, Kangana insisted the makers shift the release date. The source revealed the news to a tabloid, “After the success of ‘Manikarnika’, Kangana wanted to space out her next film. ‘Mental Hai Kya’ was coming exactly two months after Manikarnika’s release, which implied that she would have to immediately dive into the film’s promotions. She requested the makers for a breather as the period drama had taken a toll on her.”

‘Mental Hai Kya’ is helmed by Prakash Kovelamudi and is bankrolled by Ekta Kapoor under her banner Balaji Motion Production.