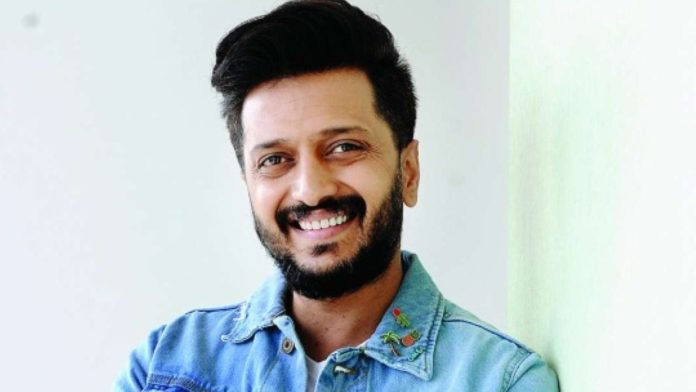 Actor Riteish Deshmukh is currently busy with the promotions of her upcoming film ‘Marjaavaan’, which is on the brink of release.

He recently shared his picture on his Instagram profile, which was taken from the sets of Farah Khan’s show ‘Back Benchers’ for the promotions.

Dressed in a nice white suite and pant styled by Karishma Gulati, the ‘Marjaavaan’ actor looks simply dashing as he poses with style.

He captioned it: “Everybody has a little bit of the sun and moon in them.
#Marjaavaan on #backbenchers with @farahkhankunder
Styled by @karishmagulati
???? @pareshlambasignatures”

Everybody has a little bit of the sun and moon in them. #Marjaavaan on #backbenchers with @farahkhankunder Styled by @karishmagulati ???? @pareshlambasignatures

Riteish is playing the role of a vertically challenged villain in the action thriller ‘Marjaavaan’, directed by Milap Zaveri.

Co-starring Siddharth Malhotra, Tara Sutaria, the film follows the life of a gangster who avenges the death of his lover.

The film was released on 25 October and met with negative critical response, but proved to be a massive box-office success.

He is currently filming for the action thriller ‘Baaghi 3’, along with Tiger Shroff, Shraddha Kapoor and Ankita Lokhande.