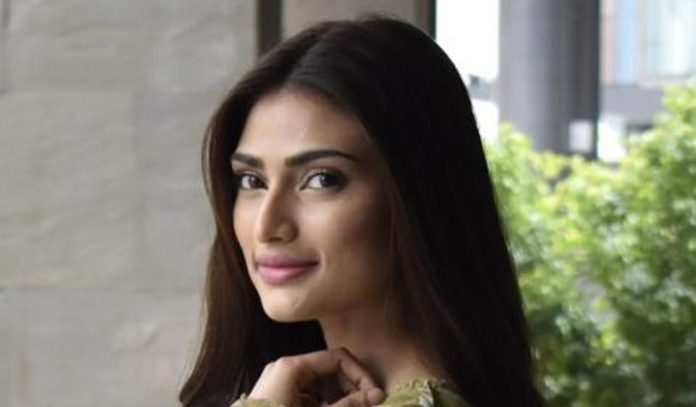 Since the time the trailer of the film has been released, there has been a lot of buzz around Motichoor Chaknachoor for its closeness to real life setting and characters. The chemistry between Nawazuddin Siddiqui and Athiya Shetty in the trailer has received a lot of appreciation and has created curiosity among the audience.

While Nawazuddin is being praised as he is in his all films, it is Athiya Shetty who has caught the attention of everyone. She was not seen before in such a look, let alone the character.

From whatever is in the trailer, the actress has been receiving rave reviews and many are describing this film as a game changer for her. But the actress has recently revealed that she was out of her comfort zone and initially thought she was not the right fit for this role.

“I can’t be dressing up as a girl from the city and having body language of somebody who lives in the city and then just speaking in the dialect. It doesn’t make sense. You genuinely have to break your mould whether it’s physically, emotionally or mentally and sink in that character. I wasn’t sure if I would be able to do that and I was intimidated,” she further added.

Motichoor Chaknachoor follows the story of a 36 year old man who is looking for a wife and a young girl who wants to get married to a man who works abroad so that she can also live in a foreign country. The film stars Nawazuddin Siqqiui and Athiya Shetty in lead roles while Vibha Chibber, Navni Parihar, Vivek Mishra, Karuna Pandey, Sanjeev Vats, Abhishek Rawat, Sapna Sand and Usha Nagar will be seen in supporting roles.