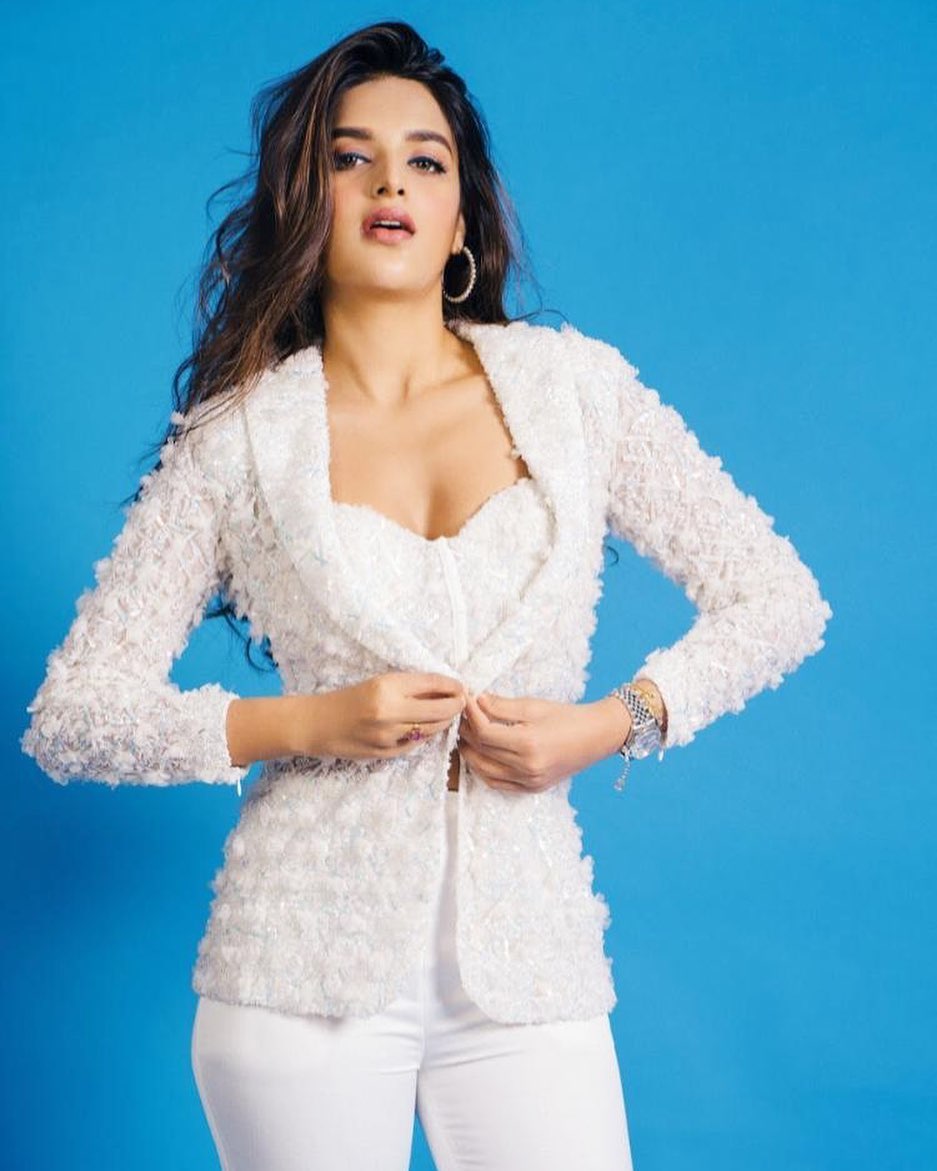 Actress Niddhi Agerwal is not only a person with a beautiful face and acting chops, she is also a fitness freak.

She recently shared her workout video on her Instagram profile, where she is seen lifting weight on her shoulders. It will surely make her fans hit for the gym.

Niddhi enjoys a sizable fan following on her social media handles with over 4.4 million views on Instagram profile.

On the work front,

Niddhi is currently busy shooting for the film ‘Bhoomi’ which is her debut in the Tamil cinema.

It is directed by Lakshman and produced by Home Movie Makers and is based on the life of farmers.

She was recently seen in the Telugu science fiction action film ‘iSmart Shankar’, directed by Puri Jagannadh. It met with mostly positive critical reviews and was a box-office hit.

Niddhi had made her acting debut in 2017 with the dance action film ‘Munna Michael’, directed by Sabbir Khan.

The film co-starred Nawazuddin Siddiqui and Tiger Shroff and was a commercial success while receiving mixed critical response.

She made her Telugu debut the next year with the action film ‘Savyasachi’ directed by Chandoo Mondeti.

‘Dabangg 3’ ‘Hud Hud’ song: Salman Khan shares the VIDEO of iconic song; Check out
Varun Dhawan embraces the child in him on the occasion of Children’s Day [PHOTO]
Comment