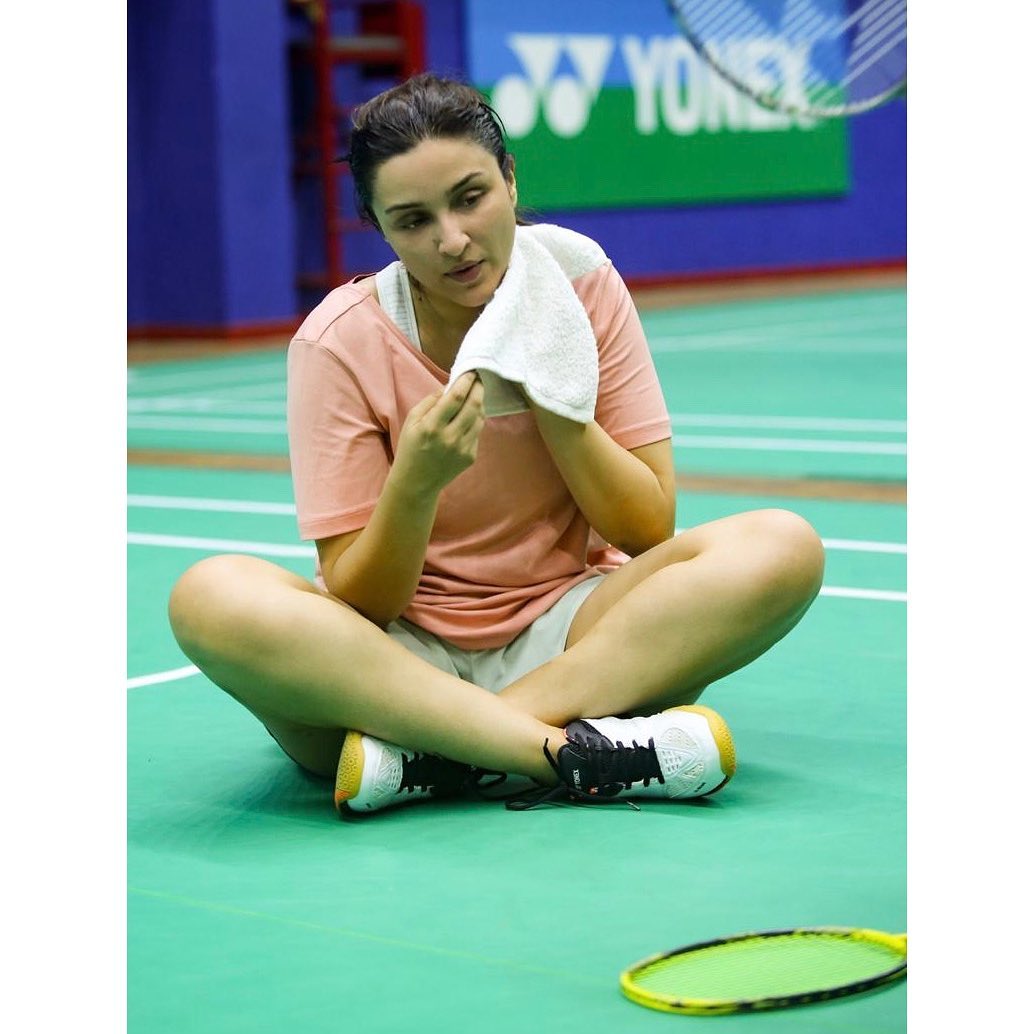 Actress Parineeti Chopra is now a days busy with the shooting of the biographical sports film ‘Saina’, where she plays the eponymous badminton player Saina Nehwal.

She recently shared a picture of herself with the real Saina on her Instagram profile, mentioning that she has a month to be her, which is the shooting time period.

‘Saina’ is directed by Amol Gupte and stars Parineeti Chopra along with Manav Kaul and Paresh Rawal in pivotal roles.

Earlier, Shraddha Kapoor was supposed to play the lead and had even started filming but opted out due to scheduling issues.

On March this year, it was confirmed that Parineeti will be getting into Saina’s shoes for which she did badminton practice.

Produced by Bhushan Kumar under his banner T-Series Films, ‘Saina’ will be hitting the theaters early in 2020.

Parineeti recently opted out of Abhishek Dudhaiya’s war film ‘Bhuj: The Pride of India’ due to scheduling issues.

She has finished filming for the psychological thriller ‘The Girl on the Train’ directed by Ribhu Dasgupta which is a remake of the 2016 Hollywood film of the same name which in turn was based on the 2015 British namesake novel by Paula Hawkins.

She will be also seen in Dibakar Banerjee’s dark comedy ‘Sandeep Aur Pinky Faraar’ with Arjun Kapoor, which will release next year.

‘Ashiqui Mein Teri 2.0’: Himesh Reshammiya’s new version of his own super hit song is out; Check out
‘Shubh Mangal Zyada Saavdhan’: Ayushmann Khurrana starrer to now release in the month of Love; Check out
Comment