Bollywood actor Ajay Devgn is likely to star in the sequel of his 2008 film Raid which was directed by Raj Kumar Gupta and also featured Ileana D’Cruz and Saurabh Shukla in key roles. He has liked the narration of the film and has asked the makers to work on the concept more, according to a report on entertainment website Bollywood Hungama.

The report quoted a source as saying, “Recently the makers of Raid 2 met Ajay Devgn and narrated the concept of the film along with its premise to him. Devgn liked what he heard and has since requested that they flesh out the entire script and screenplay of the venture.”

“Right now the makers of Raid 2 are doing the needful and developing the project. Once ready they will approach Devgn again with the final product,” said the source, adding that once Devgn agrees and signs on the dotted line the rest of the cast and credits of the venture will be announced.

While the official announcement of the film might take a little time, Devgn is currently gearing up for his upcoming film Tanhaji: The Unsung Warrior coming out in cinemas on 10 January next year. He will also be seen in war action film Bhuj: The Pride Of India releasing on 14 August 2020. He is filming for  Amit Ravindrenath Sharma’s Maidaan, a sport biographical drama based on the life of football coach Syed Abdul Rahim. 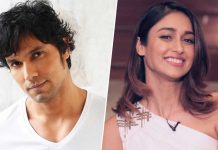