The Indian Wire » Entertainment » Are Ranbir Kapoor And Alia Bhatt Having A Hush-Hush Affair? 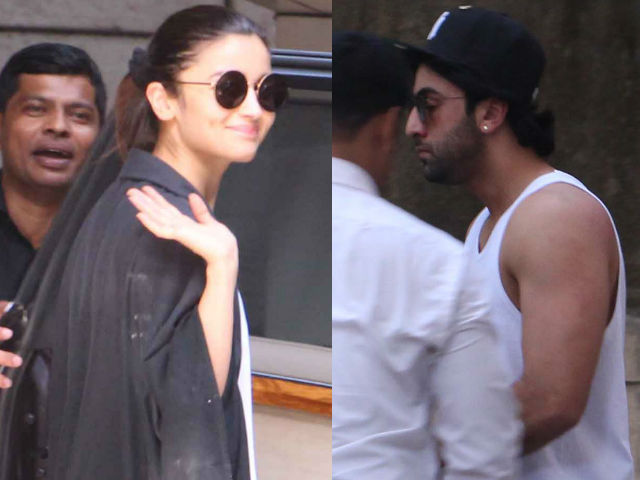 Alia Bhatt will be seen opposite Ranbir Kapoor in Ayan Mukerji’s Brahmastra and rumors about romance brewing between the two have already started doing the rounds. Every time there is a film project the love story between the lead actors starts rising up.

Spot boy has stated that they have started meeting each other secretly at their respective houses and Ranbir Kapoor is also following a strategy to hide his affair from the prying eyes of the media. The report states that Ranbir Kapoor and Alia Bhatt’s hush-hush long meetings are taking place way too often.

On Wednesday night, Ranbir dropped by Alia’s house at around 11 pm and left only the next morning. Sources close to Ranbir claim when not working Mr. Kapoor chooses to lounge around at Alia’s house — and vice versa.

When Ranbir and Katrina were coming down with Love Fever, they had the same modus operandi. When staying over at each other’s house, they would ensure their cars are not seen anywhere in the vicinity.

Back when Alia Bhatt was gearing up to make a splash in Bollywood, she admitted to having the “biggest crush” on Ranbir Kapoor. Incidentally, Alia and Ranbir’s ex-girlfriend Katrina share a warm relationship. The two recently appeared together on a chat show, where Alia had some advice for her beloved ‘Katy’ – “leave the gym and focus on men instead”.

Ranbir, however, is unhappy with these rumors and is miffed with Alia and producer Karan Johar’s PR teams for concocting these stories and has also asked KJo immediately to put an end to these PR games.

The movie Brahmastra features even Big B Amitabh Bachchan and is set to release on 15th August 2019. It is directed by Ayan Mukerji. Talking about the film, the director told “It’s a modern-day film set in India as it exists today. But the reason it’s called Brahmastra is that the energies, wisdom, powers in the film come from ancient India. That’s all I would say. There are some costumes, maybe not the way you’d expect them to be.”