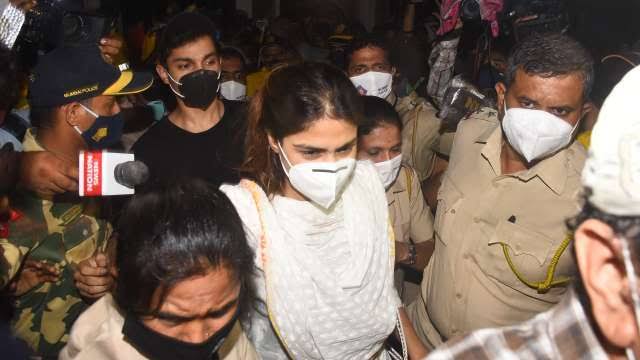 Bollywood actor, Rhea Chakraborty can relax for now. The Bombay High Court has granted her bail. Joining her are Samuel Miranda and Dipesh Sawant. The Narcotics Control Bureau (NCB) had arrested them, in connection with the case of the actor, Sushant Singh Rajput‘s death.

But while Rhea can take a sigh of relief, for now, the problem is not fully resolved for her. She has to furnish a bond of Rs 1 Lakh and fulfill other conditions too. While Miranda and Sawant will have to furnish bonds worth Rs 50,000 each.

Rhea’s brother, Showik Chakraborty, who was also arrested in connection with the case, is going to stay in the jail. His application was rejected. Even after her bail, the high court has instructed Rhea to appear at her nearest Police Station every day, for 10 days after her bail.

Other orders of the court state, that the actor can’t leave the country. Even if, she has to leave Greater Mumbai, she first has to inform the investigating officer of the same.

Samuel Miranda and Dipesh Sawant’s passports have also been confiscated by the police. Meanwhile, Anil Singh, who represented the NCB, was the one, who saw his request of staying the order, rejected.

Previously, a Mumbai court had rejected the bail plea of Rhea and her brother, Showik. They had even extended their judicial custody till October 20, on October 6. However, soon Rhea and Showik reached the Bombay High Court with their appeals.

The Sushant Singh Rajput death case is still ongoing, with new pieces of information coming out every day. It has currently rocked the entire Bollywood fraternity.