Sanaya Irani is one of the most popular TV faces in this current generation. Known for her memorable characters like Gunjan in Miley Jab Hum Tum and Khushi in Iss Pyaar Ko Kya Naam Doon, Sanaya has indeed made a huge name for herself. She had recently made her Bollywood debut with the haunted drama film Ghost.

In a recent interview, Sanaya talked about how TV actors are treated in film industry and how producers hesitate to put money on TV actors. Sanaya said, “I don’t feel people look down upon Television. I look at this as a business. Everybody is here to make money and when a producer or director is making a film, he looks at various aspects. For eg. TV actors come with a certain image. So if I am a ‘bahu’ and suddenly I become a babe, may be people won’t accept that. I don’t think producers want to bet on that”.

Sanaya further said, “I have seen when people have stayed away from Television for a long time or they have done one or two small roles, then they have good chances of getting into films, because there is no image stuck with you. So I don’t think we are looked down upon, I think our craft is much better as we don’t get 10 takes during shoot. Our training on TV was much different and when I was shooting for this film, I had to unlearn 10 years of TV learning to get into this role”. 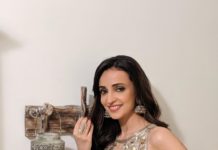 Sanaya Irani shares the poster of her upcoming music video Intezaar, check out 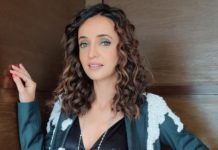 Sanaya Irani slays in her latest pictures, check out