SS Rajamouli says that he is not at all disappointed that his movie 'Baahubali 2: The Conclusion' was not chosen in Oscars.

Indian film director, SS Rajamouli says that he is not at all disappointed that his movie ‘Baahubali 2: The Conclusion’ was not chosen in Oscars for the foreign language film category this year. Director says that his main aim was to take the stories to a wider audience and making a lot of money for the team, instead of winning awards.

Rajamouli says that whenever he makes a movie he never thinks about awards because awards are not his aim his aim is to first satisfy himself with the story and the next he wants his movie to reach the larger audience and with that he can make money for everyone who has put their lives into it. However, he says that if an award comes then he is happy and if he doesn’t get an award even then he will hardly mind that because they are not at all his criteria.

The movie ‘Baahubali 2: The Conclusion’ will soon have its television premiere on Sony MAX on October 8. Rajamouli has attained a great fame with the movie ‘Baahubali’, which is one of the India’s biggest blockbuster with an earning of Rs 900 crore. The movie features Prabhas and Rana Daggubati as the male protagonists. The story of the movie is all about the battle for the ownership of an ancient kingdom between the two brothers. However, the story of the movie has been woven together in the two parts which have all dance, music, emotion and a drama. The movie also features Anushka Shetty, Ramya Krishnan, Tamannaah Bhatia and Sathyaraj in the lead.

Rajamouli says that it is quite a difficult spell that you can not just ‘Okay’ to it and he has just got out of it. The director of the movie has worked with the Dharma Production just to the help the movie transcends the language barrier. He says that he did not imagine that the movie will become so successful, but its popularity in the northern India has really stumped him. The film is made on the total budget of  Rs 150 crore and he did not expect that the movie will do so well and aim a good result if we talk in the simple economics will point out that they would not have done the movie at all.

After the movie became the blockbuster hit then Rajamouli says that he has lost a little bit of privacy in the northern belt as well. However, nothing else has changed besides that he says that he is as content as he was before the movie got released.

Rajamouli says that at present Hindi film industry has hit a lean patch and he thinks that it will not gonna last long very soon we all will see a quite a number of successes. However, 2017 has been a very disappointing year at the Bollywood Box Office.

Rajkummar’s recently released movie ‘Newton’ has entered into a foreign language of film category at the Oscars. The movie is directed by Amit V Masurkar and produced by Drishyam Films. The movie features Rajkummar Rao as Newton Kumar, Pankaj Tripathy, Anjali Patil, and Raghuvir Yadav in the lead. 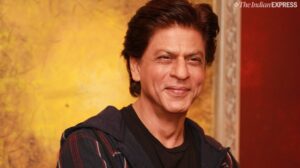 You can reach out to us at theind[email protected] and we will get back in minutes.