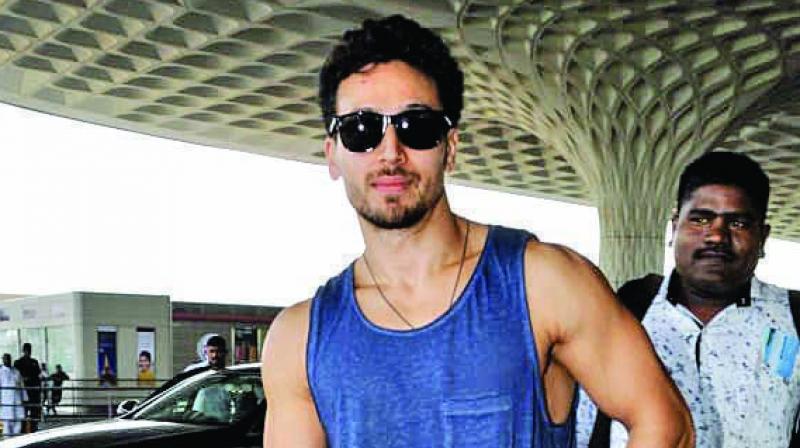 Tiger Shroff had recently impressed us with his exhilarating action performance in blockbuster film War. The film has already broken many records and is inching towards 300 Cr mark on box office.

In a recent candid interaction, Tiger Shroff called himself an action star and that genre like comedy would be difficult for him to perform. Tiger said that he can’t do comedy roles like Varun Dhawan or Ranveer Singh. If we take a look at all the successful films given by Tiger, be it Baaghi franchise, Heropanti and now War, fans have only loved him in action role.

Tiger Shroff said that action is his genre and he would like to focus only on it for sometime. In a statement, Tiger said, “I would never dare to compete with Varun Dhawan or Ranveer Singh. I can’t do comedy like them. So it’s fair to say that I am right where I am at right now. I am choosing roles that display my action abilities”.

On couple of roles of Tiger, that were not liked much by his fans, actor said, “My audience doesn’t take my experimentation well. Right after Baaghi 2 [2018], I was seen being bullied by college kids in Student Of The Year 2. That wasn’t appreciated by my fans. SOTY 2 recovered the money but didn’t fare as well as we had hoped for.”

But it seems that Tiger considers himself best, when it comes to his genre, that is action. That’s why Tiger said, “It’s competitive these days. You have to exploit your strengths to the maximum. I can’t be compared to anyone else in my generation in the genre of films I do.”

It seems to us that Tiger has understood what his fans expect from him and he wants to deliver the same.

Hina Khan looks like a diva in her latest black outfit. Check out the pictures
Sanaya Irani shares the second trailer of her upcoming film Ghost
Comment