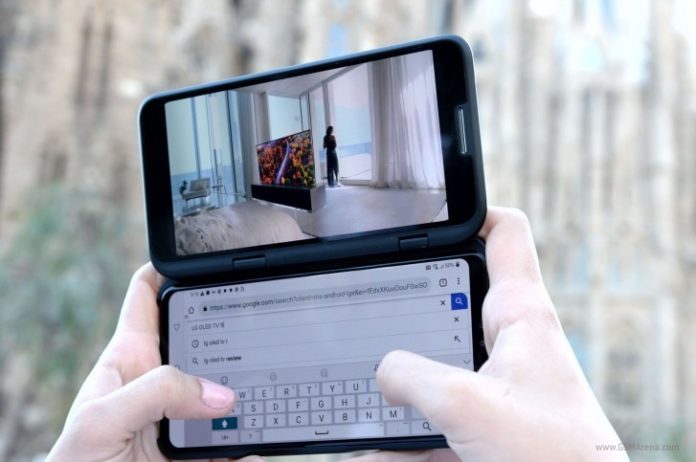 LG has uploaded a video from its official LG Mobile Global account revealing that it will be hosting its IFA 2019 conference in Berlin. In addition to that, the 19-second clip showed retro-game style elements in 8-bit where a 2D head moves from place to place to get power-ups.

While Samsung and Huawei are aiming to usher in the era of foldable phones with the Galaxy Fold  and Mate X, LG has taken a slightly different approach.

While starting the video in a single screen, users are greeted with a second screen which unfolds out of nowhere. It’s interesting to note that the bezels on the secondary screen are thinner than on the primary phone, which is evident from the fact that the left module is all screen.

When the company launched its LG V50 last year, it released an additional screen case which attached to the phone resulting in a makeshift foldable phone. The Dual Screen folio case came with a 6.2-inch OLED panel and offered users the utility of a secondary screen for multitasking, playing games or taking photos.

The upcoming phone shouldn’t be confused with a folding phone since the outlines on both sides of the device are isolated from each other. Another interesting detail is that as the device is closed, there’s a small outer display at the top of the phones’ front which reveals basic information like the time and date.