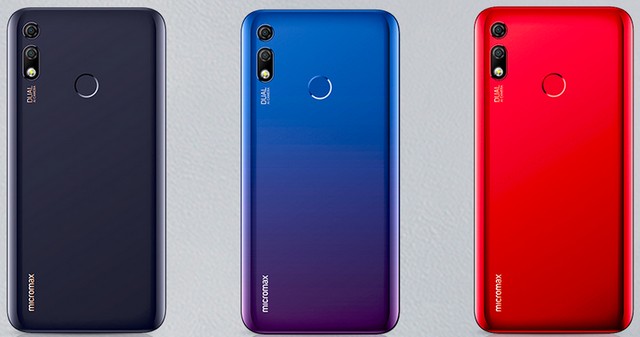 Micromax remains one of the few Indian brands that has survived the tough competition from Chinese smartphone manufacturers. Although the brand has significantly lost its user base lately, the brand seems to be still pumping out phones every now and then.

Recently, Micromax has released two phones namely N11 and N12 for the price of ₹8,990 and ₹9,990 respectively.

Both the phones are impressive when it comes to the design aspect. The devices sport a big display with a notch on the top, with thin bezels on the side and a little chin at the bottom. Back of the devices are made of plastic, however, its a has glossy glass finish which gives the phone a premium feel. The gradient look at the back panel is surely inspired by phones like Huawei’s Nova 3i, but Micromax has managed to pull it off cleverly.

The devices also come off strong in their battery test. Both N11 and N12 seem to last a whole day on a normal day usage.

The devices run on Android 8.1 Oreo out of the box with the company’s own 360 UI on top which has been designed to give a near stock experience. The user interface is more optimized compared to the company’s previous UI, there has been a significant reduction in unnecessary bloatware and this gives a snappier approach when switching apps or browsing the internet. There are a few apps though that come preloaded with the device such as Micromax browser, video player, FM radio.

The Micromax N12 is powered by MediaTek Helio P22 processor coupled with 3 GB of RAM and 32 GB of internal storage. While The N11 is powered by the same processor with 2 GB of RAM. The phones respond well to multitasking and some light gaming, nevertheless, it would be difficult to run high-end games on the devices.

Micromax has produced decent phones in these times of high competition but the devices fall back in one department, the display. The 6.18-inch HD+ display with 1520 x 720 pixels resolution cannot stand the test of time. The display struggles to produce sharp images and even at its full brightness, the colors look washed up compared to what other devices provide at this price range.

In terms of optics, the device pack dual cameras at the back with a 13-megapixel primary sensor and a 5-megapixel secondary sensor. for the front, the devices pack a 16-megapixel selfie shooter.

The cameras, despite having typical features as other devices in this price range, lack at producing sharp images. The devices are also much slower in image processing compared to their competitors.

In conclusion, Micromax has tried to place itself out there with the likes of Xiaomi, Realme, and Honor but couldn’t quite match up to them.